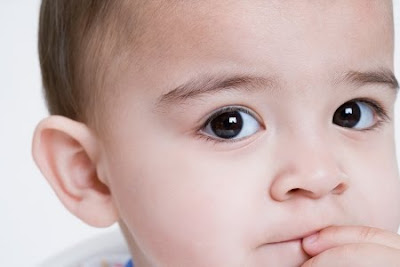 Not just any penises, mind you, but an effort by the nanny staters of San Francisco to ban male circumcision.

These activists call circumcision "male genital mutilation." They point out that it is extremely painful, although I can't personally speak to that because it has been over 64 years since I was snipped. They also believe that circumcision is a breach of human rights and violates something called "body integrity."

The activists are collecting signature for a ballot measure on a law of highly dubious constitutionality that would make it "unlawful to circumcise, excise, cut, or mutilate the whole or any part of the foreskin, testicles, or penis" of anyone 17 or younger in San Francisco. Under the proposal, a person who violates the proposed ban could be jailed for not more than one year or fined not more than $1,000. Exemptions for religious reasons would not be allowed.

The sharper pencils among you will ask what's the difference between male circumcision and female genital mutilation as practiced in Northwest Africa, the Near East and Southeast Asia, although not in San Francisco or elsewhere in the so-called civilized world.

The best answer that I can offer is that Jews and Muslims circumcise males shortly after birth as a rite of passage, while the prevailing medical view is that the health advantages of circumcision outweigh the risks. From available evidence, it has no substantial effect on sexual infection and has extremely low complication rate.

The comparison of male circumcision to female circumcision is inapt because the latter includes whole or partial removal of the clitoris and sometimes the vagina is sewn shut. The underlying cultural need is less religious than to control women and their sexuality.

My own bottom line is simple: In what instances does a city, or for that matter a state or the feds, have the right to tell us what we can and cannot do?

Another good example are smoking laws because it is well established that second-hand smoke, whether in a restaurant or wherever, is toxic. You wanna blow out your lungs and destroy your heart? Fine, but do it in private.

Circumcision would seem to be different. It puts no burden on the health-care system and you can't die from it, but by my lights San Francisco or anyplace else, for that matter, doesn't have the right to tell parents that they can't get little Abe or Johnny sliced.

As it is, my son is not circumcised, a decision that his mother and I made, were not forced to make and would have deeply resented being told what we had to do or not do.

You can die from a circumcision and in the States alone the conservative estimate for the number of infants who die every year is 100 infants and is one of the leading causes of death of male infants in the first 28 days of life. The mortality rate for SIDs among boys and girls over the course of a year is about 1,000 babies so assuming it is an even split over the course of a month SIDs kills about 41.6 male babies which means SIDs only kills about 5 times more infants than circumcision does. As for female circumcision there is a spectrum on one end pretty much everything is destroyed and on the other end non-permanent damage is done to the genitals and the more damaging the procedure the less likely likely it is to occur. So comparing the most extreme form of female genital mutilation to one of the least extreme forms of male genital mutilation (circumcision) is like comparing apples to oranges and so it is improper. You can compare forced removal of the male prepuce (foreskin) to the forced removal of the female prepuce both of which in terms of physical damage are on the low side of their respective spectrums and cause roughly about the same amount of damage. This big reason for this push against circumcision is that proxy-consent is what parents, and guardians use to make such things as medical decisions for children and the mentally incompetent however it cannot be used for non-therapeutic surgeries, or treatments. The removal of a healthy foreskin is non-therapeutic and permanently alters the body robbing a child of their ability to make that permanent decision when they become an adult.

Shaun I hope you have a wonderful day.

Many people find the idea of comparing male and female genital cutting to be like apples and oranges. However, not all circumcisions are created equal. On the drastic end of things in the male case, every bit of frenular tissue is removed, leaving the glans as the sole source of sexual pleasure. On the other end of things, virtually all the frenular tissue is left.

In the case of females, we have the worst case scenarios where the entire clitoris is removed (and in some cases they dig beneath to remove the "hidden" part of the clitoris) and the labia minora and majora. Infibulation (stitching closed the vaginal entrance) also occurs in some practices. In many cases, only part of the clitoris is removed. In other cases, the area is just pricked for a drop of blood.

It is interesting to note that one study found that 90% of women who had undergone the most extreme form of female genital cutting, including infibulation and full clitoridectomy, reported an ability to reach orgasm, despite coming from a culture where reporting these experiences may be considered taboo.

It makes as much sense to equate female genital cutting to male genital cutting as it does to equate one male circumcision to another. They are not homogeneous practices so one cannot lump and compare. It may actually be the case that on average, males who are circumcised experience a greater sexual loss than women. The opposite may also well be true.