The Failure Of Sarah Palin Revisionism 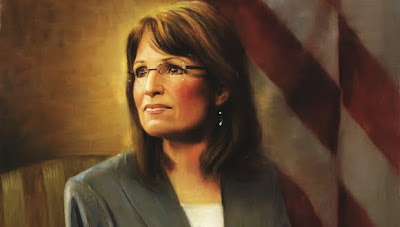 Now that we've had going on three years to kick Sarah Palin around, it was all but inevitable that there would be a wave of revisionism. At the crest of this wave is "The Tragedy of Sarah Palin," Josh Green's takeout (as opposed to takedown) in The Atlantic.

Green's basic argument is summed up in the subhead below the article’s title:

From the moment Sarah Palin's acceptance speech electrified the Republican convention, she was seen as an unbending, hard-charging, red-meat ideologue — to which soon was added "thin-skinned" and "vindictive." But a look at what Palin did while in office in Alaska — the only record she has — shows a very different politician: one who worked with Democrats to tame Big Oil and solve the great problem at the heart of the state’s politics. That Sarah Palin might have set the nation on a different course. What went wrong?

At first glance, that might seem to be the case, but as with most things Palin, a closer look reveals a different picture.

The "taming" of Big Oil, which of course is Alaska's major export and the foundation of its economy, is the additional taxes that she levied on these companies as governor. The reason was neither fairness nor altruism, but rather opportunism (it carried little political risk since Big Oil wasn't going to up and leave, while each Alaskan taxpayer got a nice check) and resentment (getting back at the Republican atop her lengthy enemies list, Senator Lisa Murkowski, with whom she had frequently locked horns).

Murkowski has had the last laugh, as it were. Palin bailed after only a half term to get rich while her hand-picked Tea Party-backed candidate bumped Murkowski in the 2010 Republican primary but was such a nut job that Murkowski won the general election with write-in votes.

Got that? Opportunism and resentment, which have been the coin of the Palin Realm since John McCain gave her a vetting-free nod to be his running mate.

Image by Robert Hunt for The Atlantic