Should There Be A Congressional Probe Of The Osama Bin Laden Commando Raid? 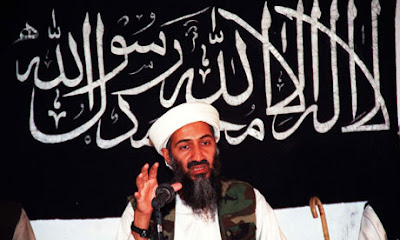 FOR AN INVESTIGATION
By Rick Moran

It is incomprehensible how the White House has screwed the pooch in the aftermath of their most spectacular success; the killing of Osama bin Laden.

Incomprehensible because one would have to believe that they discussed the potential fallout from the attack, as well as how they 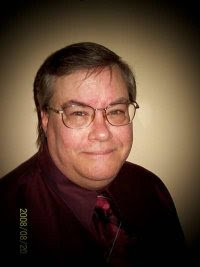 might exploit any political advantage that came their way, before the attack took place.

It’s a good bet they talked about what to do in the event of catastrophe – failure to capture OBL, firefights with Pakistani troops, even a helicopter or two shot down by Pakistani air defenses.

It stands to reason that they should have examined issues that have come up in the wake of the raid for which it is painfully obvious the White House was shockingly unprepared to explain. The basic outline of what happened on the ground in Osama’s compound has changed three times by my count. The number of unfriendlies has risen and fallen depending on who is telling the story. Which son died has been changed twice. Which wife was used as a human shield – or not – or maybe yes – or maybe kinda, sorta – has now collapsed into total disbelievability.

Agreed, this was a top secret mission, apparently using helicopters that no one has seen before, involving the nation’s most effective, most deadly, and most secret counterterror outfit, and based on intelligence using a combination of gee-whiz technology and brute human brain power. If they are deliberately trying to protect any of that by being obtuse, then they should get a pass.

The administration’s only believable spokesman is soon to be former CIA chief Leon Panetta. Ironically, the reason he’s got credibility is because it is Panetta who has been contradicting much of the administration version of events – not on deep background but in all his quotable glory. Panetta is telling tales out of school, even going so far as to advocate releasing the bin Laden death pictures over what appears to be the objections of a majority within the administration.

Why is Panetta off the reservation ? A purely speculative reason is that Panetta believes his spooks are getting short shrift from an administration constantly spinning the events to give reflected glory to their chief. The fact is, the SEALs wouldn’t have been needed without some incredible work by our spy agencies. Panetta might think that their story is being pushed into the background in favor of the “boom-boom” narrative of courageous (they were) SEALs busting in the door and with ruthless efficiency, working their way to the third floor to take down Osama.

The 4 years prior to those moments is pretty boring stuff comparatively speaking. The agonizingly slow process of tracking Osama’s courier across the entire expanse of Pakistan and then spending another year focusing on where he was living might not make quite the Hollywood movie as a SEAL assault would, but is an astonishing achievement in its own right. We haven’t heard much about that effort and Panetta could be a little pissed at that.

Regardless, the question arises; do we really need to know what happened during the assault? There is going to be a lot of information on how they carried out the mission that is classified – as well it should be. But if the White House spokes people can get up in front of reporters and give a falsified or confused blow by blow account of what they say happened in Abbottobad, then the American people have a right to know the truth. And given the absolute dearth of credibility of the administration on this subject, someone has to step up and tell the story in a credible way.

That pretty much leaves it up to an independent commission or at least, a formal, bi-partisan select committee of congress. I don’t think it matters as long as national security is protected and as much of the story that can be told is released – not to squelch any cockamamie conspiracy theories but to present to the American people a plausible account of how this vitally important moment in history occurred.

The administration believed that the American people were owed this account, else they would have kept their mouths shut. If they were trying to show Obama in the most positive light and shaped the story to fit a preconceived narrative – in other words, telling little white lies to buttress the image of their boss – the American people have a right to know this. If confusion and incompetence led to the competing, false, and changing story of what happened, we need to know that too. But most of all, we deserve to know the facts because, like other seminal moments in history, Americans need to catalog and store this event in our national memory.

And the least the government can do is make sure that Osama’s death goes into our national storybook detailing the truth and nothing but the truth.

AGAINST AN INVESTIGATION
By Shaun Mullen

Rick Moran finds it incomprehensible how the White House has screwed the pooch in the aftermath of their most spectacular success."

He is surprised . . . no, make that shocked, that the Obama administration did not by his lights discuss the potential fallout from the attack as well as how it might exploit any political 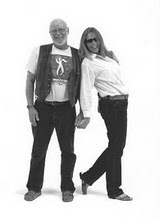 advantage before the attack took place.

When Rick writes, whether at The Moderate Voice are Right Wing Nuthouse, his inaptly named home blog, I read. This is because Rick is not just a thoughtful commentator and student of history with a bent that is conservative as mine is liberal. He is one of the very best with a conservative bent.

Rick does not abide fools gladly and has been harshly critical of the extreme rightward drift of the Republican Party. He has morphed from embracing Sarah Palin to being highly skeptical of much of what she says. That in and of itself gives Rick props in my book because few commentators have the guts to acknowledge that their earlier views of things and people might have been premature and perhaps tainted by the moment. (I myself changed my mind about John Edwards and that was before the adultery-illegitimate child scandal.)

So I offer a rejoinder to Rick's post with the utmost respect, but rejoind I must.

I do believe that the possible fallout about the raid, let alone the implications of Bin Laden being killed, was discussed beforehand and discussed at length. And while I have no particular problem with Rick's call for an independent commission to investigate the circumstances around the Al Qaeda leader's death, his reasons for calling for one are inadequate.

Rick is aggrieved that the White House has changed its story of what transpired in critical respects and suggests that the accounts have been confused at best and falsified at worst. He does not explore why he believes the latter could be the case, but does state that the administration "has an absolute dearth of credibility" on the subject.

Funny thing, but these varying stories didn't stop me for a moment, and I was involved in big stories over a four-decade career in journalism where the official accounts smelled funny from the jump and eventually stank to high heaven.

These stories included the abortively tragic attempt by the Carter administration to rescue the hostages from the American embassy in Tehran in April 1980 and the MOVE Disaster in May 1985 when Philadelphia police dropped a bomb on the compound of a radical group, killing six adults and five children and burning 65 row houses to the ground in the resulting conflagration.

Rick finds a "good guy" in all of this in Leon Panetta, whom he characterizes as offering the only credible accounts. He describes the new CIA director as being "off the reservation" because he believed that his agents aren't getting their due.

Alas, that does not wash either. Panetta is merely doing what his predecessors have done before him. Also moved to pick up the bullhorn from time to time were George Tenet (Clinton and Bush administrations), William Casey (Reagan) and Richard Helms (Johnson and Nixon).

"But most of all," Rick concludes, "We deserve to know the facts because, like other seminal moments in history, Americans need to catalog and store this event in our national memory."

Good point, and all the more so when you consider the stonewalling of the Bush administration over calls for a bipartisan investigative commission in the wake of Bin Laden's masterwork -- the 9/11 attacks.

The White House eventually caved in to a bunch of very pissed off 9/11 widows, but the subsequent work of the commission was intentionally hampered by the administration’s refusal to release any information or documentation about why it was asleep at the wheel prior to the attacks. Even information that did not pose a national security risk was intentionally withheld to suit the administration's constipated narrative.

If called on to do so, I daresay that the Obama administration is likely to do better -- much better -- if there is a commission.

But the basic facts about the Bin Laden mission have come out, sometimes in a jumble early on as befits a mission of this magnitude, and will continue to come out. A commission will not expedite that process because an accurate retelling -- as well as the Bob Woodward version -- will be ready for cataloging and storage in Rick's brain and mine before the gavel comes down at the opening session of any investigatory body.