Torture Had Zip To Do With Getting OBL 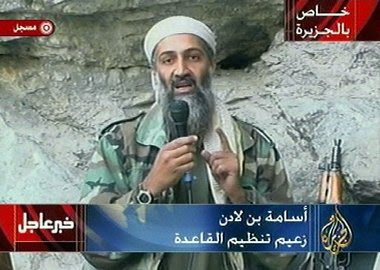 I do not believe this is a time to celebrate waterboarding, I believe this is a time to celebrate hard work.
~ Senator LINDSEY GRAHAM
Osama bin Laden had been dead for a mere few hours when the conservative priests took to the media altar to crow that torture had led to the death of the Al Qaeda leader. From all available evidence, that is not correct, but an opportunity to try to rehabilitate the worst president in recent U.S. history was not to be squandered.

The administration of George W. Bush used torture — including waterboarding, slamming suspects into walls, slaps, sleep and food deprivation, nudity, insects and threats to rape and otherwise harm female family members — until late 2004 when its denials concerning such techniques were overwhelmed by a trickle of evidence to the contrary that soon grew into a flood.

Concerned with the possible legal culpability of the torturers and their helpmates up the line all the way to the Justice Department, the techniques had been abandoned by the time the president commenced his second term in January 2005. There also had been a presidential election to be concerned with, while the morality of techniques used by the Nazis and Chinese and North Korean communists was never an issue. Nor was the serious damage that had been done to the U.S.’s world standing a concern.

Despite the use of torture, Bin Laden’s trail had grown colder and colder. After all, Bush himself had walked far back from his vow on September 17, 2011 to get him "dead or alive," and in a sort of coupe de grace to blowing the war in Afghanistan by diverting troops and resources to Iraq, eventually allowed that "I don't spend that much time on him."

As evidence has shown, while waterboarding and other torture techniques on Bush's orders yielded substantial information, virtually none of it was usable because victims would tell interrogators what they wanted to hear and not what they needed to know.

When the trail began warming up in subsequent years, based in part on information from several terror suspects, it was based on good-old investigative work, including legal interrogation techniques, upgrading the CIA’s intelligence network in Pakistan and a suite of high-tech methods, including satellite surveillance and wiretapping of foreign terror suspects.

The pursuit of Bin Laden was still in low gear when Barack Obama became president, but the information that had been gleaned about a trusted courier who frequented the Bin Laden compound in Abbotabad, Pakistan, as well as certain other information, was passed on and Obama ordered a full-court press that resulted in Bin Laden’s death during a Navy SEAL raid on Sunday.

Torture sycophants, however, put one and one together, and although they got three, they crowed that the torture of Khalid Shaikh Mohammed, among others, had led to the name of the courier.

The bad information was based, in part, on an Associated Press story that was retracted when the wire service became privy to an accurate timeline. This, of course, did nothing to deter the sycophants, including former Justice Department torture justifier John Yoo and Representative Steve King, an Iowa Republican who crowed in a tweet, "Wonder what President Obama thinks of water boarding now?"

Meanwhile, a close reading of the remarks of former Defense Secretary Rumsfeld, a key torture regime architect, since Bin Laden's death shows that while he continues to praise torture in the abstract, he has been careful not to say that it lead to his death, while the number of novel interpretations of what the torture program was not seem endless, my favorite being that offered by John McLaughlin, deputy CIA director during the torture era, who says that the U.S. never "set out to torture people." He opines that it just sort of happened.

So there you have it: Waterboarding yielded zip, while legal interrogations eventually led to the death of a mass murderer.