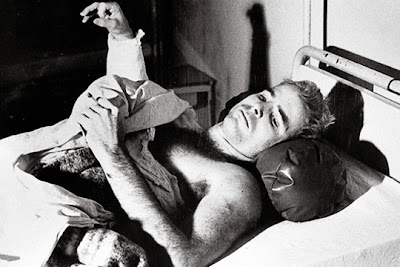 There is something to be said about ignoring Rick Santorum, whose capacity for making a horse's ass of himself seems boundless, but as long as he continues to make noises about running for president, he has to be taken . . . well, not seriously . . . but something.

Santorum has been riding the Torture Got Bin Laden meme hard, and his latest fecal fusillade is directed at John McCain, whom he says "doesn’t understand how enhanced interrogation works."

This especially rich even for Santorum since McCain was subjected to exactly the kind of stress positions authorized by the Bush Torture Regime during six years of captivity in North Vietnam, and has courageously spoken out against the Torture Got Bin Laden crowd.

Posted by Shaun Mullen at 9:40 AM
Email ThisBlogThis!Share to TwitterShare to FacebookShare to Pinterest