The Iowa Caucuses: Outsized Hype For An Underwhelming Quadrennial Event 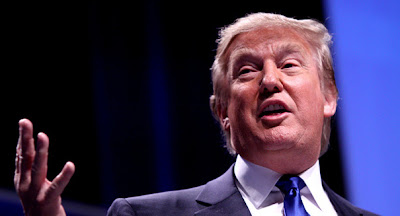 I'll eat my straw boater if it turns out that the Iowa caucuses on next February play a decisive role in determining who the Republican presidential sacrificial lamb will be.

This is not because some candidates — averse to shoveling snow off of potential voters’ driveways in Sioux City or Des Moines — may avoid the caucuses altogether.

It's because the caucuses attract outsized amounts of hype but not even 10 percent of eligible voters, fewer than the number of media pundits who already are filling their drool cups in anticipation of this underwhelming quadrennial event.

Well, I guess I'd better start munching on that hat, because the Iowa caucuses — with their quaint winning over one voter at a time charm — will again play an out-sized role in the 2012 campaign.

How did this happen?

Because of smoke-filled rooms and the power and culpability of the mainstream media.

Prior to election reforms in the early 1970s, party hacks operating out of those smoke-filled rooms pretty much determined who the nominees would be. As the result of a media backlash against Politics As Usual and stories focusing on party politics in Iowa in the powerful New York Times, attention turned to the Hawkeye State.

It was Iowa in all its perfect middle America stereohyped glory that the process of choosing delegates to the national political conventions through local caucuses morphed into what came to be known as "straw votes" for presidential candidates. (In 1972, George McGovern won the first Iowa Democratic presidential caucuses to go prime time. The rest, as they say, was history.)

While The Times‘ power to influence national politics may have waned in the last 39 years, the ability of the MSM to manipulate campaign coverage because of its willingness to be manipulated by the campaigns has become pervasive.

Along with the deeply corrosive influence of big money on politics, the incestuous relationship between the media and politicians, the ability of both groups to create the illusion that presidential politics are by and for the people, and the fact that Iowa Republicans -- at least the ones who know a primary caucus from a poultry carcass -- are a bunch of loons.

It is this latter reality that makes the caucuses so attractive for people who don't stand a chance of winning the nomination. Can you say Michele Bachmann, Sarah Palin and Donald Trump? (Incidentally, third party candidates are ineligible for the caucuses.)

As it is, the winners of the Iowa caucuses go on to win their party nominations only about half the time, which is not surprising since the winners in Iowa reflect less on who might actually be presidential timbre then on who is willing to shovel the most driveways.

Mind you, voter turnout in the New Hampshire primary, that other over-hyped "bellwether" event that signals the beginning of campaigning in earnest, or something, isn’t a whole lot better.

But it is beyond perverse that a mere 200,000 or so white Iowans who have no fashion sense, high cholesterol levels and want their driveways shoveled may have the greatest say about who is the next Republican presidential nominee.

Whuddya think? Maybe we should go back to those smoke-filled rooms.