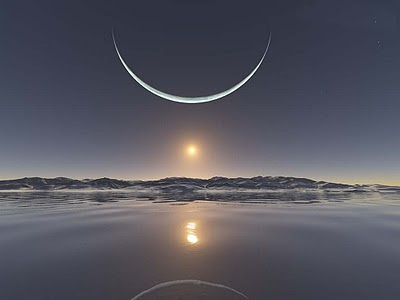 I've come to view late fall bird feeder activity as an indication of the severity of the coming winter and it looks like this winter will be . . . um, average.

The average snowfall at the mountain retreat is about 50 inches a year and there already was a freak one-foot snowfall in late October, so the average is likely to be topped if the pattern of January and February snows holds. But it also has been a warmer than average fall, so who the heck knows? 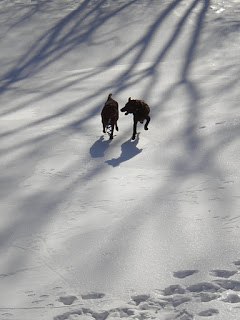 The aroma of the wood (black walnut in the fall, cherry and oak in the winter and Osage orange on the coldest nights), walls and floors warm to the touch, the heat insinuating itself under the skin, is wonderful in a primal sort of way.

That noted, coal heat is a close second, especially with the Pennsylvania anthracite rice coal that we have burned the last four winters. It is longer burning, has higher heat output and pollutes less than other coals.

The price of Pennsylvania anthracite hovers around $200 a ton, as opposed to upwards of $4 a gallon for heating oil, but the price is artificially high. This is because China, which is the largest coal producing country in the world, buys as much Pennsylvania anthracite as it can get its hands on because it so superior to its domestic coal.

* * * * *
Speaking of energy, we're nearing the one-year mark with our passive solar system, and in nine of the proceeding 11 months the Metropolitan Edison electricity meter has run backwards because we are producing a surplus and Met Ed has to pay us.

* * * * *
Another anniversary looms: The arrival of Jack and Nicky, brother-sister chocolate Labrador retrievers (photo, above right) rescue from an owner who could not really care for them.

Watching their metamorphosis from being cage bound to having a 40,000-acre wildlife refuge to romp in has been beautiful: The hind quarters of Jack, who is a massive 100-pounder, were atrophying, while Nicky was obese at 80 or so pounds.

But now Jack's awesome athleticism is on full display while Nicky has lost weight and endlessly chases her bigger brother and, when it is warm, swims in a nearby mountain creek.

* * * * *
And finally, these thoughts from a dear friend, Dr. Clarissa Pinkola Estés, who lives in the Rocky Mountains:

"This is a great night and day: winter solstice; the time when the light comes back more and more for longer and longer glancing across Planet Earth to us, the Fire Star, that is, the sun, comes back to us. In our family the old people would put on their galoshes over their butchkors and bring in fresh and oh so cold water from the well pump outdoors and we would feast on something yellow, orange and/or red, the colors of the sun! most often the banana peppers, the lantern peppers and the cayenne hot hot hot peppers we’d canned in late summer and put up in shining glass Mason jars on the rough sawn boards in the dark cellar. Consume warmth to bring warmth was their backwoods homeopathy.

Ignoring the early Christian establishment's cynical usurping of pagan celebrations of the winter solstice as the birth of Christ (generally thought by researchers to have actually happened in September), it's always seemed to me that the new year should surely start on the day/night that the solstice falls.

So happy new year from me, a constant lurker who should've commended your blog a long time ago.