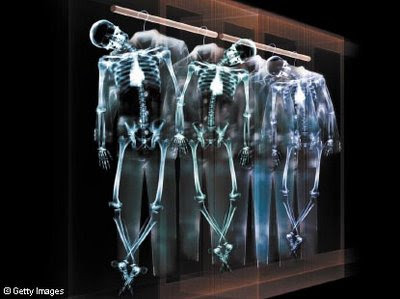 I cannot recall a candidate with as much baggage as Newt Gingrich having a real shot at a presidential nomination. Certainly not Bill Clinton in 1992, and you have to go back to Ulysses S. Grant in 1868 to come close. While none of these skeletons in and of themselves might spell electoral disaster, together they provide ample ammunition for Barack Obama and his surrogates.

The most damning of Gingrich's skeletons is his 1997 House censure and reprimand by an overwhelming 395 to 28 vote margin. He also was ordered to pay an unprecedented $300,000 penalty, the first time int he House’s then 208-year history that it disciplined a speaker for ethical wrongdoing.

In a strongly worded report, Special Counsel James M. Cole concluded that Gingrich had violated tax law and lied to an investigating panel, but a bi-partisan subcommittee considering what discipline the speaker should receive would not go that far. In exchange for the subcommittee agreeing to modify the charges against him, Gingrich agreed to the penalty as part of a deal in which he admitted guilt.

The actions were a humiliating event for Gingrich coming as they did only four years after he led the Republican Party took control of the House and Senate, and the subcommittee’s final report received little public scrutiny. That will change if he is the nominee.

Gingrich was accused of being reckless and petty when he was blamed for two partial government shutdowns in 1995 and 1996 during the battle over the federal budget that were precursors to the hardball tactic that congressional Republicans have used since Obama’s election.

Gingrich sought to deflect the recklessness accusation by complaining about being made to sit in the back of Air Force his treatment on a long flight aboard Air Force One.

Although President Clinton’s approval ratings fell during the shutdowns, most voters ultimately blamed Gingrich and the GOP only barely held onto its House majority in the 1996 election.

In 2006, Gingrich declared the freedom of speech must be curtailed to win the War on Terror.

"This is a serious, long-term war," he said. "Either before we lose a city or, if we are truly stupid, after we lose a city, we will adopt rules of engagement that use every technology we can find to break up their capacity to use the Internet, to break up their capacity to use free speech, and to go after people who want to kill us to stop them from recruiting people."

During the 2010 debate over plans to build a mosque near the site of the World Trade Center, Gingrich was at his most demagogic, saying "we should not tolerate" what the First Amendment requires us to tolerate.

During a presidential debate last month, Gingrich stated that he believed the due process should be suspended in certain instances and that the president has the authority to order summary executions of enemies of the state.

Gingrich has said early and often during his current campaign that he has never been a lobbyist, which as lies go is downright silly. And all the more so when he explains that he merely is a visionary who traffics in ideas and not influence.

He has made millions of dollars in the eight years since he started a health-care consultancy to help companies promote their services and gain access to state and federal officials, which of course is the very definition of lobbying.

Clients pay as much as $200,000 a year to belong to his Center for Health Transformation.

Gingrich is a master of dog-whistle politics and nowhere more so when he makes veiled references to racial minorities and the poor.

Gingrich, of course, refuses to recognized that it’s not work ethics that are the problem but a lack of work.

Whether Gingrich believes claims that Obama was not born in the U.S. and is therefore unable to serve as president, he has gladly joined the ranks of birthers and has continued to question whether the president is an American citizen even after he released his long-form birth certificate.

The announcement that hardcore birther Donald Trump would moderate a post-Christmas debate has set off bitter recriminations among the Republican Party's less immoderate leaders, saying that it sends the wrong message about the GOP.

But that message is just fine for Gingrich, who liplocked yesterday with Trump despite his birther baggage and threats to run next year as an independent during a meeting yesterday at Trump Tower in New York. "Donald Trump is a great showman," Gingrich told reporters after the closed-door meeting. "He's also a great businessman."

Gingrich has long preached fiscal austerity but not practiced it.

Beyond lavish vacations to faraway places, including a trip to the Greek isles last May that prompted the mass resignation of a staff that believed he should be campaigning, he has bought third wife Callista Gingrich baubles ranging from $22,000 to $45,000 through a $500,000 revolving charge account at Tiffany & Company.

This bling is courtesy of his wife’s work as a staffer on a House subcommittee that is responsible for mines on federal lands, including mines that produce the precious metals that the famous New York jeweler uses.

In order to win conservative support, Gingrich has had to back away from liberal positions on, among other issues, health-care reform, global warming, abortion and gun control.

Grassroots guns rights groups are criticizing Gingrich for supporting gun control laws while speaker, and in a statement yesterday the Georgia chapter of the organization said its members "know Newt’s history of gun control. He represented parts of our state for 20 years. He’s been playing both sides of the gun issue as long as we can remember."

Prior to becoming speaker, Gingrich had an "A" rating with Gun Owners of America, but once he came to power the organization dropped his rating to a "D."

Politicians usually have big egos, but Gingrich's goes well over the line into a preening vanity that borders on vulgarity and will remind voters that he represents the worst tendencies in Washington.

His grandiloquence has prompted him to say some startlingly discordant things such as when he referred to a South Carolina mother who drowned her children in 1994 and told voters of that state "how sick the society is getting, and how much we need to change things. . . . The only way you get change is to vote Republican."

He wrote in the Wall Street Journal earlier this year that "Kenyan, anti-colonial thinking" explains Obama.

Gingrich's pattern over the years has been to court and marry a woman and then have an affair with another woman whom he eventually marries.

Gingrich began an affair with Marianne Ginther in late 1979 while still married to Jackie Battley, whom he had wed in 1962. Gingrich and Ginther wed in August 1981 after his divorce from Battley. He began an affair with Callista Bisek in November 1993, reconciled with Ginther in early 1994, but continued seeing Bisek and finally filed for divorce in July 1999. He married Bisek in August 2000.

While it is not true that Gingrich told Ginther that he was divorcing her while she lay on her deathbed, she was in a hospital being treated for cancer.

Site Administrator said...
This comment has been removed by a blog administrator.
12:45 AM