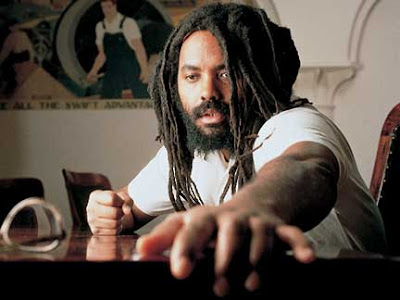 I don't remember why I had stayed after my 1 a.m. quitting time as night city editor of the Philadelphia Daily News early on the morning of December 9, 1981, but I do remember that I was talking to Tom Schmidt, the overnight editor, when a message crackled over one of the police radio scanners: 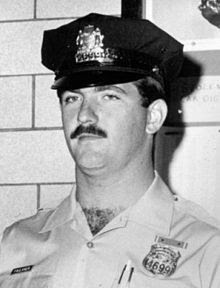 by one William Cook. According to the police and prosecution version of what happened next, Cook assaulted Faulkner, who then tried to subdue Cook.

At this point, Abu-Jamal, Cook's brother, jumped from a nearby taxi that he was driving and shot Faulkner in the back. Faulkner returned fire, seriously wounding Abu-Jamal, who shot the officer four more times at close range as he staggered toward him. Abu-Jamal was quickly arrested and transported to a nearby hospital. He is said to have stated in the emergency room that "I shot the motherfucker, and I hope he dies," but later denied having implicated himself.

Abu-Jamal, born Wesley Cook, was as a former Black Panther and part-time writer for several African-American publications and drove a cab to make ends meet. He wanted so badly to work for the Daily News that whenever he had an opportunity he would stop by the newsroom to schmooze. I thought that Abu-Jamal was a nice enough guy, but was a little too green and much too willing to inject his politics into what he wrote.

There never was any doubt in my mind that 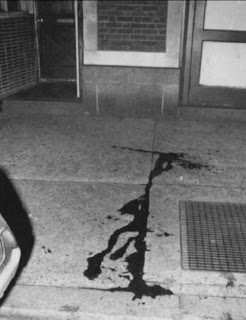 Abu-Jamal, seeing his brother scuffle with Faulkner, had shot the office in the heat of the moment.

A jury agreed and he was convicted and sentenced to death in 1982. In 2001, the death sentence but not the conviction was overturned. Both sides have repeatedly filed court motions since then, and in January 2010 the U.S. Supreme Court threw out a lower court ruling that nullified the death sentence. In October, the high court refused to hear a petition by the Philadelphia District Attorney's Office seeking to reinstate the death penalty.

The ruling meant that unless the DA decides to conduct a new sentencing hearing, Abu-Jamal would continue to serve a life sentence at a state prison in Greene County in Western Pennsylvania with no chance of parole. DA Seth Williams announced this afternoon that his office had dropped attempts to execute Abu-Jamal.

"This has been a very, very difficult decision," Williams said at a news conference, 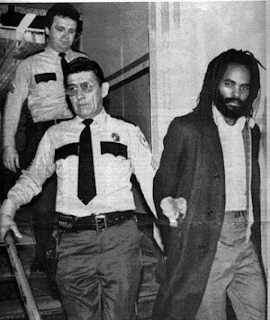 adding that he believed Abu-Jamal should be executed. "The sentence was appropriate. That would have been the just sentence for this defendant."

Williams said he made the decision after discussing it with Maureen Faulkner, the widow of the slain police officer.

Abu-Jamal has become a jailhouse pundit and international cause célèbre, a darling of Amensty International and lightning rod for opponents and proponents of the death penalty. He enjoys little support in the city, but the further one gets from the epicenter of the crime the more people consider him to be the victim of a racist political prosecution.

Among his celebrity supporters are Ruby Dee, Ossie Davis, Michael Moore, Spike Lee and Cornel West, who will be the keynote speaker at a gathering at the National Constitution Center in Philadelphia on Friday marking the anniversary of Abu-Jamal's arrest. he slaying of Faulkner.

Tribute also will be paid to Troy Davis, who was executed in September for the 1989 killing of a police officer in Savannah, Georgia. 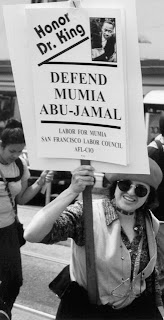 * * * * *
Abu-Jama's never ending legal case has highlighted much that is wrong and damned little that is right with Philadelphia's criminal justice system, problems that show up in far too many courtrooms in the U.S. where the fate of defendants often depends on whether they can afford an experienced defense attorney. Many blacks, of course, cannot.

The judge at Abu-Jamal's original trial showed a clear bias for the prosecution and while the physical evidence against him was compelling, ballistics tests were botched. He fired his first lawyer and represented himself. He put on a political defense ("they went after me because I'm a black man") and did such a lousy job that the judge ordered the lawyer back into the courtroom.

I am further convinced of Abu-Jamal's guilt for the simple reason that he has not wanted to do the one thing that would seem to matter most -- make a convincing argument for his own innocence. He has refused to testify on his own behalf and has failed to produce his brother to testify.

As perverse as it seems, Abu-Jamal may understand that the fame he has attained in prison would have eluded him on the street.

Posted by Shaun Mullen at 2:25 PM
Email ThisBlogThis!Share to TwitterShare to FacebookShare to Pinterest

This goddamn wretched piece of filthy human debris shouldn't have been able to draw breath for the last 30 years...

Anonymous said...
This comment has been removed by a blog administrator.
5:58 AM

QUOTE: "As perverse as it seems, Abu-Jamal may understand that the fame he has attained in prison would have eluded him on the street."

Aint THAT the truth!
Thanks.
That's just one of the problems with the proper dispensing of justice in this case.
"Mumia" was a nobody who yearned to become a somebody. Well, he sure has done that while in prison! He has become a celebrity for Leftist Hollywood elítists.

Since he'll now have the rest of his natural life to keep busy, I bet he long ago began scrap-booking all of the loving letters he has received from the usual suspects in the Democrat Party and Hollywood busybodies.

To be sure, a "natural life" sentence is probably much worse than being put to sleep while strapped on a gurney. WE had the Gas Chamber. But, spending several decades on Death Row, or in max security, is not fun for the 99%, but play the race card, write about criminal INjustice, and open up the gates, here comes the touchy-feely crowd to crawl out from under their rocks.

Having investigated and reported to the Court on a convicted cop-killer, I can tell you that too many cop-killers escape with life in prison.
I recommended death.

The cold-blooded murder of a cop just BEGS for the death penalty.
Karl Magnus
~(Ä)~