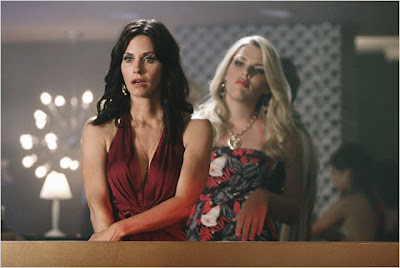 As social phenomenons go, the current obsession on television, in books and pornography with older women doing the wild thing with younger men strikes me as . . . 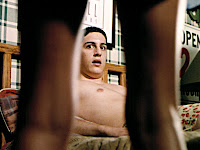 It's great that older moms have been elevated to new

heights of bootyliciousness, although I've long found some of them to be attractive as hell and all the more so because they're . . . um, experienced. I know of what I speak having had a summer fling with a tres sexy older woman when I was in my early 20s who taught me things that are illegal in some states. 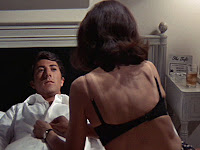 One critic tried to get his hands around the phenomenon in reviewing Cougar Town, the new ABC sitcom starring Courtney Cox as Jules, a recently divorced hottie with a

17-year-old son who decides to spice up her dull existence by chasing young studs.

But the critic got it bass ackwards in asserting that older women today are more uncertain of themselves than ever, fearful of losing their sexuality and intimidated by all the young things around them whose social lives are one big orgasm. Puh-lease!

If that's the case, then I'm hanging out around the wrong shopping malls because the older unattached moms that I know seem quite certain of who they are, have fulfilling lives with challenging

Then there is Weeds, the Showtime comedy-drama in which Mary Louise Parker plays Nancy, a widowed suburban mom who deals pot to keep up with the Joneses and her mortgage. And Eastwick, another loogie of a sitcom from ABC that is a takeoff on the Witches of Eastwick movies in which Rebecca Romijn plays Roxie, a witch-in-training with a young boyfriend.

While I can't speak for that Demi Moore, the goals of Jules, Roxie, Nancy and the moms on Wysteria Lane seem to be the same: Assert their sexual power on boy men who are least able to resist it. True romance is, of course, an afterthought.

No one would ever accuse television of providing good role models, but while the MILFs Do Prime Time phenomenon -- as well as the Cougar and Puma sub-genres -- may earn Nielsen points, it is an inapt way to stereotype older women.

Okay, maybe I need to lighten up. After all, society always seems to go to extremes when it comes to anything to do with sex. Then again . . .

Top photograph by Michael Desmond/ABC
Posted by Shaun Mullen at 12:15 AM
Email ThisBlogThis!Share to TwitterShare to FacebookShare to Pinterest

Beauty knows not age. I hope I never get so jaded as to not appreciate flowers in bloom.

One of the most beautiful women I know is 67 years old.

The most beautiful woman I know is my age (59).

You've got to track down a song by 'Saffire - The Uppity Blues Women' titled 'Middle Aged Blues Boogie'. It's from 1990 and is worth the price of the whole CD by itself.