published nearly a century after the groundbreaking Swiss analytical psychologist wrote and illustrated it.

Called Liber Novus, which is Latin for "New Book," its pages are filled with musings and elaborate paintings, some of otherwordly creatures, that the few people privileged to have read it call everything from infinite wisdom to the ravings of a psychotic.

"And yet," writes Sara Corbett in a forthcoming New York Times Magazine article, "Between the book’s heavy covers, a very modern story unfolds. It goes as follows: Man skids into midlife and loses his soul. Man goes looking for soul. After a lot of instructive hardship and adventure -- taking place entirely in his head -- he finds it again."

Like many a child of the Sixties, my connection to Jung was through his popularity 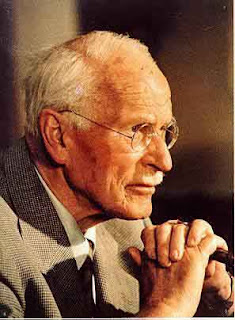 as a counterculture hero. This primarily was because of his belief that a person's unconscious should be explored because locked in it are limitless depths of enlightenment.

In addition to reading his own writings, many of us studied and grooved on Tibetan belief systems as laid out in The Tibetan Book of the Dead, and the mandalas that Jung so valued. And, of course, used LSD and other psychedelic drugs. (I was never was able to get into Sigmund Freud, the other giant of analytical psychology and Jung's mentor until the two became rivals.)

Some 48 years after his death, Jung's thinking remains on the fringes of maintstream psychology and he is rarely recognized for the everyman that he was. He considered himself a scientist first and studied mythology, alchemy, astrology, sociology, literature and the arts. 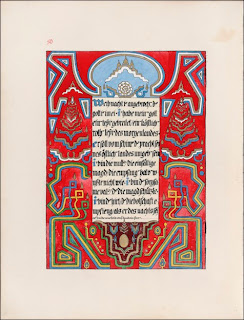 Liber Novus, which Jung called the Red Book because of the color of its cover, has been kept in a bank vault for years. All requests to read or publish it were denied until Stephen Martin, director of the Philemon Foundation, which focuses on preparing the unpublished works of Jung for publication, broke down the Jung family's resistance. After it was scanned, the book went back into the vault but will be on display on the Rubin Museum of Art in New York City for several months.

While Liber Novus will not be the bestseller that a long suppressed Beatles album would be, it is being anxiously awaited by Jungians, some of whom will certainly finding it tough sledding. 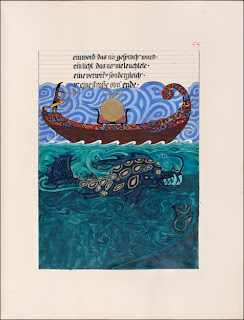 "The book tells the story of Jung trying to face down his own demons as they emerged from the shadows. The results are humiliating, sometimes unsavory. In it, Jung travels the land of the dead, falls in love with a woman he later realizes is his sister, gets squeezed by a giant serpent and, in one terrifying moment, eats the liver of a little child. ('I swallow with desperate efforts -- it is impossible -- once again and once again -- I almost faint -- it is done.") At one point, even the devil criticizes Jung as hateful."

Jung worked with the Nobel laureate
physicist, Professor W. Pauli, and
their letters were published under
title, "atom and archetype" ....
The final conclusions about
archetypal reality relate to their
view that "number" is the most
primal archetype of order in the
human mind, and that, at times
it can communicate its intentions.
As Jung said: "It is here that
the most fruitful field of further
investigation might be found."

Here is the first scientific
verification of an activated
archetype, by means of an
acausal connection, i.e., Jung's
"synchronicity principle" -....

how is it that no one noticed that the observation that Jung was 28 years dead, should be that he is 48 years dead.