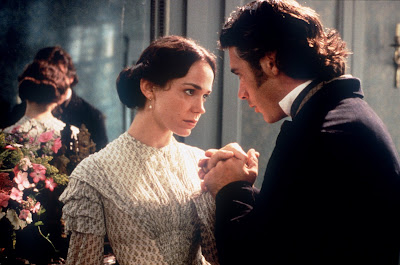 Maybe I thought this particular classic was a Dr. Zhivago without the snow.

Boy was I wrong. How to account for this gaping hole in a bibliographic odyssey that has included a thousand or so books over four or so decades? I dunno.

Emma Bovary is in some respects the prototypical “Desperate Housewife,” a manic depressive spendthrift with eating and panic disorders who makes her life into a novel to escape the emptiness of her existence in rural .

The message that I took from Madame Bovary is that there is no lonelier a woman than one who demeans her sex but uses it to get special favors. But like many great books, that message resonates even more powerfully today than when Flaubert introduced it in the mid-19th century to a public alternately titillated and shocked by the book's sexual innuendo.

Yes, Emma Bovary is a victim of the suffocating patriarcy of the time that demanded she be no more than wife and mother, or alternatively a nun, which she contemplated becoming in her youth and looks back on in fits of "what if" melancholy when she loses her mojo.

Yes, Madame Bovary is a work of fiction, albeit a breakthrough in realism. But Emma's self emancipation from an unsatisfying marriage – which some scholars say heralded the dawn of feminism -- probably would have been undermined no matter what. And she is most certainly not a prototypical feminist.

This is because of her most un-feminist like determination to use the power of her sexuality and the perceived weakness of her gender as cudgels to get her way, which ultimately undermines her few praiseworthy goals in life. These include becoming a writer of the stature of the contemporaries whose novels she escapes into. As it is, her own writing consists of nothing more than letters to her lovers, and these are merely means of stringing them along.

The manipulations of this high-maintenance heroine result in unfulfilling liaisons with men who like her aspire to the finer things in life but are as shallow as she is. They include Rodolphe, an icily manipulative local landowner who tires of her once the initial thrill is gone and throws her over on the eve of their planned elopement, and Léon, a law student whom she fits for a cuckold's suit but eventually tires of her insatiable demands.