'Michele Bachmann's Wheel Is Still Spinning, But The Hamster Is Dead'

The combined ages of Margaret and Helen would give Methuselah a run for his money. Helen is from Texas and Margaret from Maine, they've been friends for 60 years and blog at Margaret and Helen, which for my money is the best drop dead funny-serious site on the innertubes.

Some excerpts from one of Helen's recent grenade-grams:

"Margaret, I know it has been a few years since we last made the trip across the pond, but I was wondering if 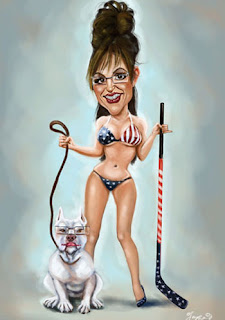 anyone is still alive in Europe? I watched a little bit of Fox News this weekend and I’m afraid everyone in Europe might have died from lack of access to health care. What a shame. They had such delicious food and beautiful art.

"I am not sure when it happened but the base of the Republican party either got lazy or stupid or both . . . or maybe they always were. It took me only a few minutes of research on the Internet to learn that America spends more on health care than any other wealthy nation and yet we don’t live longer or 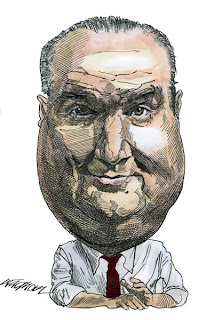 have better health outcomes. So unless we just enjoy making health insurance companies rich, all those tea party morons need to use the Internet for something other than ordering their penis enhancement pills. . . .

"Let me spell it out for you:

"Sarah Palin is worried about death squads. I think she should spend a little more time worrying about getting at least one child into college.

"Rush Limbaugh is worried about Socialism. That’s a big word for a 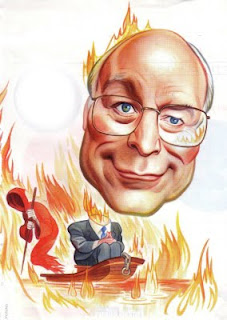 college dropout, but isn’t it nice when such a wealthy person shows so much concern for poor little us. I wonder if he’ll spend a little of his $400 million contract and write you ditto heads a check when you can’t afford your hospital bills. 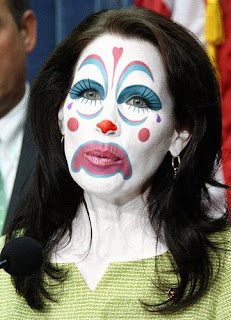 and most recently back problems. I wonder what his out-of-pocket expenses were. I wonder if he even cares?

"Michele Bachman thinks healthcare reform is unconstitutional. I think Michelle Bachmann is as nutty as a fruit cake. Or as we say down here in Texas -- Michele is one taco short of a combo plate. She is a few fries short of a happy meal. Her elevator doesn’t go all the way to the top floor. Her cord is too short to reach the outlet. The wheel might be spinning but the hamster is dead.

"That woman just isn’t right in the head. I mean it. Really."

Michele Bachmann has got to go! Democratic candidate Dr. Maureen Reed is running against her and she is the ticket to beating Bachmann's craziness! You can learn more about Maureen, and donate, at:
http://maureenreedforcongress.com/
and
http://en.wikipedia.org/wiki/Maureen_Reed