The Economy: Is The Bush Recession Over Or Merely In A Dead-Cat Bounce? 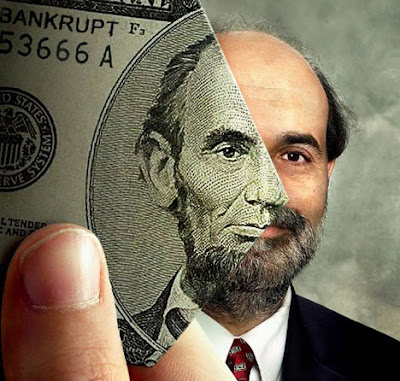 A consensus is emerging that the Great Recession, which has been the worst economic downturn since the Great Depression, is pretty much over but the recovery may well be jobless. I translate this to mean that the people on Wall Street who did so much to create the crisis with ample help from the Bush administration, the 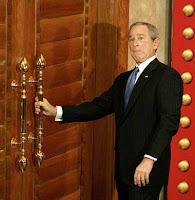 Federal Reserve and Congress, will get even richer while Main Street will continue to bleed.

I'm not an economist, but it's not difficult to see why this is a likely scenario: Recoveries inevitably follow crashes, but this one is being driven by a massive infusion of federal (which is to say taxpayer) stimulus and bank bailout money.

Yes, naysaying Republicans, all that stimulus dough is working pretty much as intended, while General Motors and Chrysler have survived near-death experiences because of billions more in bailout money. But none of that is translating into substantial job creation and inventories remain nearly as low as interest rates.

Nevertheless, Fed Chairman Ben Bernanke has officially declared that the recession "is

very likely over." For now.

Barry Ritholtz isn't an economist either, but he is a seasoned and shrewd observer of the economic scene from his perch at The Big Picture, and believes that what we are seeing is less a recovery than a dead-cat bounce.

LOOK IN THE MIRROR, BEN
Bernanke's optimism aside, there has been a systemic failure to acknowledge what caused the recession and how the next one can be prevented, let alone institute reforms.

The Fed chairman can find much of the blame for that by looking into the nearest mirror. This is because the Fed played an outsized role in created the banking crisis that was the gasoline on the recession

bonfire and has been a reliably unreliable steward of the boom-and-bust cycles in recent U.S. economic history.

As I noted here, there are certain incontrovertible truths in this day and age that neither political orientation nor willful myopia can change.

One is that health-insurance companies are primarily in business to soak people and not help them deal with illness and disease. Another is that the meltdowns of financial institutions have one thing in common: These greed obsessed financiers, bankers and mortgage brokers thought that they could suspend the law of gravity, and what went

up would never come down.

As has been proven time and again, not only did their wild-assed investment schemes come down, but they landed with a sickening thud that did much to contribute to the recession. Yet for all of the anger that the Countrywides, AIGs and Madoffs generated, the will to reform the financial industry seems to have faded like that tan you got at the beach over Memorial Day weekend.


THE GADZILLION DOLLAR HOME LOAN TIME BOMB
Then there are the folks who hastened the housing bubble kaplooey by writing mortgages with the kind of minefields that an Al Qaeda insurgent would love.

One favorite is the ARM, short for adjustable rate

In 2010, many option ARM payments will begin to readjust, leaving borrowers with dramatically higher monthly mortgage bills and yet another wave of foreclosures.

In the San Francisco Bay area, for example, one in five people who took out mortgage loans from 2004 to 2008 got option ARMs. That's about twice the national average and a recipe for a disaster.

The First American CoreLogic mortgage research firm says that there are more than 54,000 option ARMs in the Bay Area with a value of about $30.9 billion, while the Fitch Ratings research firm shows more than 47,000 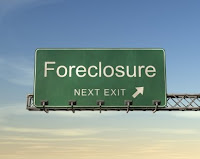 option ARMs with a value of about $28 billion.

Both say their data underestimate the totals.

OUCH! IT HURTS
A newly released Census Bureau report offers a striking look at the recession's effect on life at home and at work: People are now stuck in traffic longer, less apt to move away and more inclined to put off marriage and buying a house.

Health coverage swung widely by region, based partly on levels of unemployment. Massachusetts, with its universal coverage law, had fewer than 1 in 20 uninsured residents -- the lowest in the nation. Texas had the highest share, at 1 in 4, largely because of illegal immigrants excluded from government-sponsored and

Many Americans are not moving, staying put in big cities rather than migrating to the Sunbelt because of frozen lines of credit. Mobility is at a 60-year low, upending population trends ahead of the 2010 census that will be used to apportion House seats.

There also was a dip in the number of foreign-born last year after it reached an all-time high in 2007. This was due to declines in low-skilled workers from Mexico searching for jobs in Arizona, Florida and California.

Top image from Contrary Riches
Posted by Shaun Mullen at 12:15 AM
Email ThisBlogThis!Share to TwitterShare to FacebookShare to Pinterest