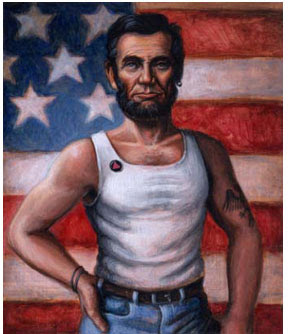 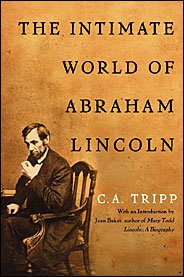 That someone was psychologist and gay-rights activist C.A. Tripp, whose The Intimate World of Abraham Lincoln (2005) claimed that the president was a lifelong bisexual.

Tripp asserted that Lincoln was close to men but distant with woman, and noted that because as a young man he shared a bed for four years with Joshua Speed (photo, below left) a good friend with whom he ran a general store, he must have had homosexual leanings, right?

Well, maybe. But Tripp's "smoking gun" in all likelihood fired blanks because same-sex bed sharing was common and histories of the era are chockablock with passing references to how men and women often shared beds with the same sex in lodgings and on overnight visits simply because there weren't enough beds to go around. Or, by golly, they were cold. 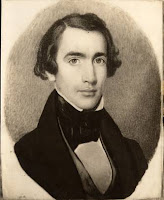 So if Tripp is to be believed, America was awash with gays and lesbians, although that of course has never been borne out.

In trying to make his case, Tripp profiles Speed, three other men and two women with whom Lincoln had relationships and not surprisingly sorts out all evidence -- which is to say most of what is available -- that does not conform to his view regarding Lincoln's sexual orientation and concentrates on the little remaining evidence -- most of it circumstantial at best -- to make his case.

The result is, for want of a better word, silly.

As historian Richard Brookheiser notes in his New York Times review of The Intimate World, Tripp concludes that Lincoln reached puberty when he was 9 years old and since sexologist Alfred Kinsey (photo, below right) found that early maturing boys tend to become masturbators with homosexual experience then Lincoln did too.

While Lincoln, in Tripp's view, was getting up close and personal with men, he had a heap of problems with women.

Here Tripp has some help because historians who bring a great deal more gravitas to the study of the Great Emancipator's life cannot agree about whether he really loved Ann Rutledge, a tavernkeeper's daughter and early flame who inconveniently died of malaria and typhoid at age 22, as well as one or two other women he courted before meeting, marrying and having four children with Mary Todd (photo, below left).

Did Lincoln love love Mary? That is to say, did his affection for her go beyond the dotage that everyone who knew the husband and wife remarked on and wrote about? I don't know, but neither did Tripp, who cheap shots the notoriously prickly and 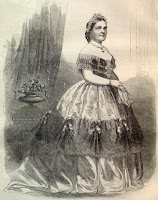 emotional First Lady as being a psychopath.

Sillier still are Tripp's selective use of Lincoln's own words.

He asserts that when Lincoln refers to a man as "my personal friend" it betrays homosexual undertones, but this man so generous of praise and so reluctant to criticize that he even referred to his political enemies thusly.

In fact, while Lincoln was a gregarious man, he had few intimates of either sex and after I galloped through several biographies, including David Donald's Lincoln, which is being excerpted weekly here, it is not a stretch to conclude that while he was a deeply sentimental man, he kept virtually everyone at arm's length and what he lacked in intimacy he made up for by a gift for gab.

Finally, the history of the writing of The Intimate World is itself telling.

Tripp (photo, right) began writing the book with Philip Nobile, but they had a falling out. Nobile later called the book "a fraud" and accused him of plagiarism, but to Tripp's credit he does include an afterword by Lincoln biographer Michael Burlingame who belabors the obvious in writing that:

"Since it is virtually impossible to prove a negative, Dr. Tripp's thesis cannot be rejected outright. But given the paucity of hard information adduced by him, and given the abundance of contrary evidence indicating that Lincoln was drawn romantically and sexually to some women, a reasonable conclusion, it seems to me, would be that it is possible but highly unlikely that Abraham Lincoln was 'predominantly homosexual.' "

Tripp packed in two years before publication of The Intimate World, but had he lived he would have been pleased by the reviews he received.

While David Donald's review was scathing, for the most part they were charitable like Brookheiser's and probably written so as to not offend gay readers. I likewise hope that I have not offended anyone, but it is not just hard to take Tripp seriously. It is impossible.