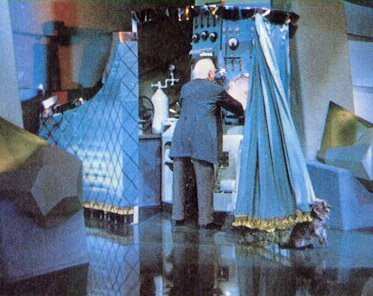 Pay no attention to that man behind the curtain! Whatever else the global financial crisis, puctuated by the highly justified outrage over the obscene and unwarranted bonuses paid to executives of taxpayer bailed-out insurance giant AIG, brings our 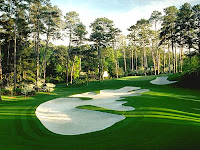 way, it has done one thing. It has yanked away for good that longstanding (although rather transparent, in my humble opinion) curtain, to reveal the Rube Goldberg-like array of levers and pulleys which Rush Limbaugh, Sean Hannity, Glenn Beck and their ilk have used to manipulate their populace. And just like the mythical land of Oz, it turns out there was really no wizardry, no magic. Just an illusion -- that they were on the side of "the people."

. . . The world of right-wing talk radio has to choose a side: The 20 million "dittoheads" who've been faithfully listening and paying the bills, or their real friends from the Capitol Grille and from the clubhouse at Augusta National. They had to choose, and now we all know where the radio talkers stand. 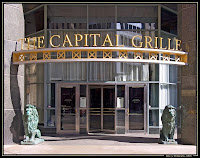 And it's not with the people.

Buried in a new Opinion 2000/Daily Kos poll: Ten percent of Republicans have a favorable opinion of Bernie Madoff? (Which makes him slighty more popular than Michael Moore . . . )

There’s not really a direct contradiction between the GOP leaders' professed outrage over the bonuses and the conservative media's condemnation of efforts to recoup them. But the conservative attack on Dems is rooted in free market orthodoxy, which GOP leaders have implicitly ditched in order to get outraged.

This split could muddy the GOP message and even compromise

the party's efforts to use AIG to damage Obama. After all, GOP leaders are now mulling whether they should call for Tim Geithner's head over the bonuses. If leading conservative media figures keep suggesting to rank and file Republicans that there's nothing wrong with the bonuses, how will that mesh with the claim by GOP leaders that we should hold Geithner accountable for them?

It's an interesting disconnect. By all appearances, the right-wing media figures are, oddly enough, sticking to conservative economic principles, while right-wing lawmakers are simply hoping to exploit public frustration for partisan gain, whether it makes sense or not.
-- STEVE BENEN

I made the mistake of listening to Rush today. I tuned in just 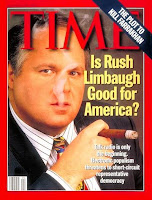 long enough to hear him complaining about Barney Frank wanting the names of the AIG executives who received bonuses. According to Rush, the government is getting out of control. Can you believe that bullshit? Just exactly where was Rush when the Bush administration was listening in on the private conversations of millions of Americans? I would imagine selective memory works well for Rush considering he selects to use his brain as sparingly as possible. . . .

Now Margaret and I both know that no one has all the answers and no one is ever right 100% of the time. In the case of Rush Limbaugh, we just wish he was right at least 10% of the time, but the years of abusing donuts and OxyContin seem to have fried his brains.

Surely some of you good people out there have your own common sense remedies for this mess. Why not share them for all of us to enjoy. But beware, Ditto Heads will be dealt with 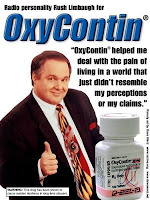 in short order. We mean it. Really.

Now, it is pure political gold to criticize a decision to pay millions to people that performed miserably and that ruined their company and the national and global economy in the process. But a lot of this criticism is self-defeating. The American taxpayer nows owns about 80% of AIG and has a compelling interest in the return to health of this major insurance corporation. We will lose our investment if AIG fails. Most majority stockholders are smart enough not to destroy the brand name of their company by making incessant criticisms of their company's performance and competency. This is not the case, apparently, for our Congress members. They would rather score cheap political points than safeguard our investment. 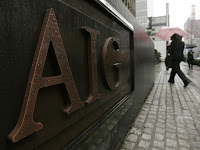 At least 13 firms receiving billions of dollars in bailout money owe a total of more than $220 million in unpaid federal taxes. Two firms owe more than $100 million apiece.
-- THE ASSOCIATED PRESS
Noemie Emery takes over 700 words to make the claim that if Sarah Palin had been elected Vice President, we would apparently already have a functioning bank recovery plan, no stock market decline and resoundingly successful diplomatic relations with all nations. At least, I assume that’s what she must be saying. Otherwise, we would have to contemplate how much worse things would be had the other ticket prevailed. Instead of having the current mediocre administration with constant vetting problems and a White House out of its depth, we would have an ageing, hot-headed 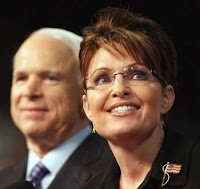 incompetent whose idea of economic reform is railing against astronomy funding and denouncing greed, and an even less well-informed successor to replace him if he were unable to serve.

-- DANIEL LARISON
If there is one thing everyone should have learnt about Wall Street by now, it is that the financial contract a trader takes the most care to hedge properly -- and to ensure is profitable in the long term as well as the short term -- is his or her own employment contract.
-- JOHN GAPPER 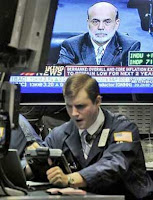 period. His problem is that he doesn’t have the luxury of making mistakes -- especially in the economic sphere. The crisis confronting the nation -- not of his making -- requires much more than he has shown so far. I believe his concentration on the economy has been poor, his execution, abysmal, and the fact that he keeps pushing his "remaking America" schemes at the expense and in lieu of focusing like a laser on economic recovery calls into question his basic leadership skills.

But in the AIG matter, I think many of his problems (some of them self-inflicted) can be chalked up to bugs in the system. How he overcomes these initial bumps in the road will tell the tale of his presidency -- and whether we have a strong and vibrant economic recovery.