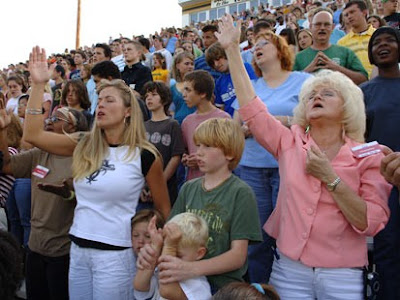 We are on the verge - within 10 years - of a major collapse of evangelical Christianity. This breakdown will follow the deterioration of the mainline Protestant world and it will fundamentally alter the religious and cultural environment in the West. 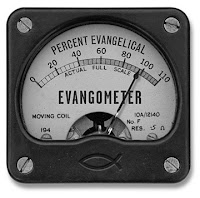 Within two generations, evangelicalism will be a house deserted of half its occupants. (Between 25 and 35 percent of Americans today are Evangelicals.) In the "Protestant" 20th century, Evangelicals flourished. But they will soon be living in a very secular and religiously antagonistic 21st century.

This collapse will herald the arrival of an anti-Christian chapter of the post-Christian West. Intolerance of Christianity will rise to levels many of us have not believed possible in our lifetimes, and public policy will become hostile toward evangelical Christianity, seeing it as the opponent of the common good.

Millions of Evangelicals will quit. Thousands of ministries will end. Christian media will be reduced, if not eliminated. Many Christian schools will go into rapid decline. I'm convinced the grace and mission of God will reach to the ends of the earth. But the end of evangelicalism as we know it is close. 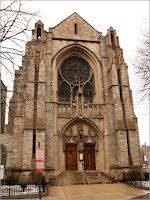 The Catholic population in New England, long the most Catholic region in the country, is plummeting, according to a large survey of religious affiliation in the United States.

The American Religious Identification Survey, a national study being released by Trinity College in Hartford, finds that the Catholic population of New England fell by more than 1 million in the past two decades, even while the overall population of the region was growing. The study, based on 54,000 telephone interviews conducted last year, found that the six-state region is now 36 percent Catholic, down from 50 percent in 1990. . . .

The study did not ask New Englanders why they ceased identifying with Catholicism, but the researchers said it was probably some combination of the general secularization of American society with alienation among some Catholics over the sexual abuse crisis and other issues.

became pregnant with twins after alleged sexual abuse by her step-father.

"It is a sad case, but the real problem is that the twins conceived were two innocent persons, who had the right to live and could not be eliminated,'' Cardinal Giovanni Battista Re told the Italian daily La Stampa.

"Life must always be protected. The attack on the Brazilian church is unjustified," Re was quoted as saying. He also heads the Pontifical Commission for Latin America.

The controversy erupted when media reported that a nine-year-old girl from the northeastern Brazilian state of Pernambuco had had an abortion to remove twin fetuses. The girl and her family learned she was 15 weeks pregnant when she went to hospital complaining of pains.

The girl, who has not been identified, told authorities her step-father had sexually abused her since age six. The 23-year-old step-father is currently in police custody.

Doctors who performed the abortion said they feared the pregnancy could kill her because of her slim frame. 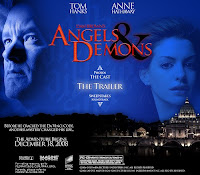 The Catholic League plans to do battle with the Ron Howard pic Angels and Demons -- even though the org's crusade against Sony's 2006 The Da Vinci Code may have actually helped that film earn a huge $758 million worldwide.

Claiming the project has an anti-Catholic agenda, the league announced that it will send several news releases discussing what it says are falsehoods in Dan Brown's book and Howard's pic, which bows on May 15.

Hundreds of Roman Catholics have descended on the Connecticut state Capitol in anger over church-finance legislation that has rankled the faithful nationwide.

About 3,500 people went to speak at a public hearing and rally outside the hearing room.

A proposal this week would have removed the voting rights of bishops in individual church financial decisions and required more lay people to be involved.

The bill was inspired by embezzlement cases involving Catholic priests. The proposal was quickly withdrawn but still angered many Catholics.

Liberty University has established a "Center for Judaic Studies." Oh joy. They say that the purpose behind the establishment was so that their Christian students could understand how important the modern state of Israel is to Biblical prophesy.

Look, I'm willing to argue that as a Jew I want to be considered "useful" from within 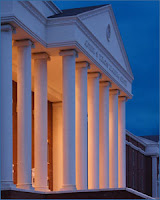 Christian theological frames. But that's not all I want, and I don't see any indication that LU's new center plans on engaging with Jews qua Jews in any substantive manner that doesn't replicate their pre-existing biases. Using us only as tools for your own worldview is kind of obnoxious, don't you think?