On The Black Male Defense Reflex

Jelani Cobb weighs in on the Chris Brown-Rihanna smackdown: 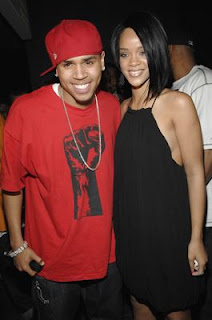 "Even in the initial fog of gossip and rumor you could see the half-formed defenses of Chris Brown coming together. I've written previously about the way that a black man's fall from public grace seems to strike a chord with black people in way that few other things can. Call it the Black Male Defense Reflex. It's the reason that figures like Michael Jackson, Barry Bonds and OJ Simpson -- men who never went out of their way to express solidarity for, or interest in, issues affecting the black community -- nonetheless become rallying points when they find themselves in trouble.

I suspect that this need to defend black men, to assume that all accusation is false accusation is a legacy of lynching. Those decades of seeing black men dismembered, incinerated and hung on the flimsiest of suspicions led us to develop the social equivalent of an immune system, where we surround and protect black men at all costs from the pathogen of white racism.

This was crucial to our survival in the dark days of American history but at this point it's become something like lupus -- a disorder where your immune system begins to attack your own body. There is no victory to be had in reflexively defending black men, especially when the victim in this case is another member of the black community. There is no progress to be found by diminishing what he did or minimizing it’s impact. And contrary to the most feeble arguments I've heard, even if she did strike him first it wouldn’t justify an all out assault of the severity Brown is accused of.