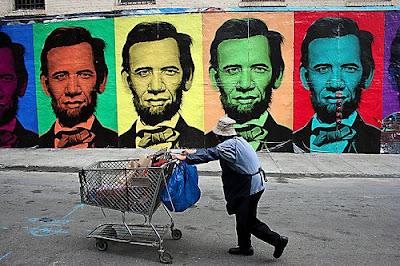 With the nomination and election of Barack Obama, the comparisons to Abraham Lincoln have come fast, thick and furious. It is true that they are and were tall, skinny lawyers from Illinois who served in the state 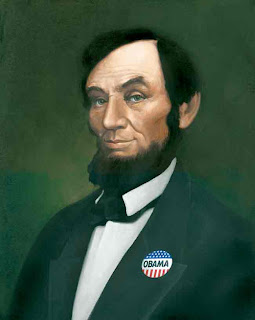 legislature before single terms in Congress, while Obama did invoke the Great Emancipator's name with some frequency on the road to the White House. But now that he has been in office two months and counting, how valid are the comparisons?

The short answer is that adjusting for 150 years, which is to say rather different times, there are indeed some compelling similarities.

Herewith some excerpts from commentators, as well as my own thoughts.

Obama has important differences with Lincoln, most notably the fact that Lincoln succeeded a famously

weak Democratic President. James Buchanan, whether for political reasons or personal belief, argued that the Constitution gave him no authority to stop the South from seceding from the Union. Lincoln took office and proceeded to vastly expand the power of the Executive branch, calling up troops without congressional approval and famously suspending habeas corpus.

Obama, on the other hand, replaces a steroidal presidency, one so swollen and powerful that it can scarcely fit inside the Constitution that once contained it. (Perhaps Bush took his governing philosophy directly from the A-Rod era Texas Rangers.) This means that despite their surface similarities, Obama and Lincoln were confronted by precisely opposite imperatives: one had to expand the power of the presidency to meet a titanic national crisis; the other has to constrict the titanic presidential power he inherited in order to avert a Constitutional one.

Barack Obama. It is generally both bad politics and bad taste for an outgoing administration to criticize the incoming one (though Jimmy Carter was more or less justified in criticizing the Bush plans for war in Iraq.) And after the single largest terrorist attack on American soil occurs on your watch you might expect a degree of humility from the former vice president. But given the tenor of the past eight years we shouldn’t be particularly surprised that Cheney had the cardiac boldness to allege that the country is "less safe" in Obama's hands.

President Obama’s invocation of President Lincoln is easy to criticize. But on the whole his fascination with his predecessor is a good thing, for it may serve as a corrective to the too-facile 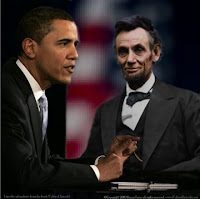 rhetoric of his campaign, in which he suggested that we can have a new kind of politics, one that taps the "pragmatic, nonideological attitude of the majority of Americans," and gets beyond old canards about "absolute truth."

Yes, but: Lincoln's career, like Churchill's, teaches that pragmatic conciliation can take a statesman only so far, and suggests that some principles can’t be fudged, some differences can't be papered over, some absolute truths are, well, absolute. The book the new president ought to read (or re-read) on this question -- the book that counterbalances the conciliatory lessons of Team of Rivals -- is Churchill’s The Gathering Storm, the greatest manual ever written on the question of when not to conciliate a rival.

Lincoln’s career teaches something else that the new president might bear in mind. Lincoln presided over a vast expansion of the powers of the federal government. So almost certainly will President Obama. Lincoln made clear that his 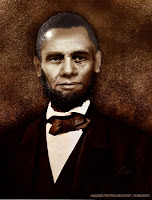 own enlargements of coercive authority were temporary. His "strong measures," he said, would not outlast the emergency: America would no more come to rely on such measures after the crisis passed than a man would "contract so strong an appetite for emetics during temporary illness as to persist in feeding upon them during the remainder of his healthful life."

We can only hope that the new president will take these words to heart.

Most extraordinary of all, surely, is the fact that Barack Obama's victory serves to help complete the "unfinished work" Abraham Lincoln spoke about in his Gettysburg Address: that America fulfill its dream of equal opportunity regardless of race.

It is not difficult to understand why so many Americans see Barack Obama as the second coming -- of Abraham Lincoln, if not more. Lincoln once declared, "We cannot escape history," and after years of national indifference to, or defiance of, the lessons of the past, our next president seems to love, comprehend, and use the past to illuminate the future.

During the Civil War, Lincoln was able to brilliantly manage his team of rivals. His secretary of state, William Seward, came into office thinking "he would actually be controlling Lincoln," notes [historian Doris Kearns] Goodwin, but Lincoln was able to sit Seward down, remind him who was president -- and ultimately make him his

close friend. Lincoln, in some ways, had it easier than Obama will. Cabinet secretaries in the 1860s could not step out on the White House lawn and hold press conferences with cable-TV networks. But Goodwin . . . thinks he has absorbed the deeper meaning of Lincoln's leadership style. "I think he's got a temperamental set of qualities that have some resemblance to Lincoln's emotional intelligence,": Goodwin says.

The most important quality may be humility, which both Obama and Lincoln repeatedly refer to as an essential virtue. Humility in this case is not to be confused with meekness or passivity. Rather, it comes from confidence. A Lincolnesque leader is confident enough to be humble -- to not feel the need to bluster or dominate, but to be sufficiently sure of one's own judgment and self-worth to really listen and not be threatened by contrary advice.

And my own thoughts:

Adjusting for 150 years, which is to say very different times, there are indeed some compelling similarities, but they should not blind us to the very different challenges that each president faced. Lincoln tried to literally hold the Union together; Obama is trying to bring the Union back from the brink of financial collapse.

That Lincoln failed spectacularly was no fault of his own, while if Obama fails he must share much of the responsibility no matter how Lincoln-esque his imprecations may be.

Obama have a nice personality and he is doing much for America. I think he is better then every other president that came before him in America. I was reading essayontime review about all presidents of America but Obama have own place.