Hersh's Cheney Assassination Squad Story: A Bombshell Or A Bomb? 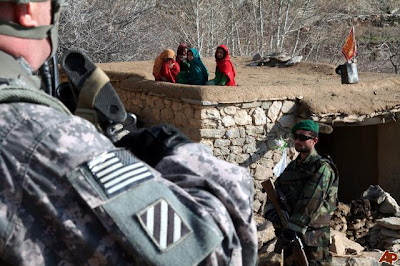 This is a little story about a potentially huge story that folks like myself want to be true but don't know whether it is true. This little story also is about the perils of jumping to conclusions about that potentially huge news story, which had its public incubation at a college lecture the other night and is now on a journey to super nova frisson or embarrassing fizzlement. 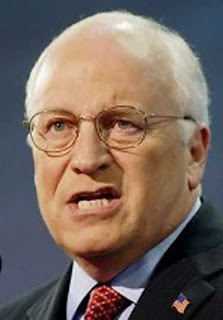 I write of investigative journalist Seymour Hersh's assertion during an appearance at the University of Minnesota (audio here) that a covert military unit attached to the Joint Special Operations Command (JSOC) prowled the world killing people on orders of Dick Cheney.

This "executive assassination ring," as Hersh termed it, allegedly reported directly to the vice president's office, bypassing the defense secretary and Joint Chiefs of Staff, had no congressional oversight and went into foreign countries without talking to the ambassador or CIA station chief.

As corroboration, Hersh pointed to a New York Times story that Vice 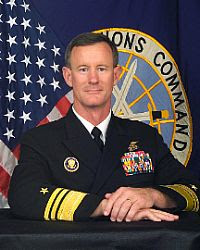 Admiral William H. McRaven, the JSOC commander (photo, left), had ordered a temporary halt to most commando raids in Afghanistan because of a growing concern that civilian deaths caused by American firepower were jeopardizing broader goals there.

Hersh is the preeminent investigative journalist of our time. He broke the story of the My Lai Massacre, for which he won a Pulitzer Prize for The New York Times in 1970, and was the first journalist of consequence to draw attention to the abuses at the Abu Ghraib prison in Baghdad in 2004 in a New Yorker magazine story. He also reported in the New Yorker that the U.S. was prepared to use nuclear weapons against Iran and that there was a covert action plan in place against the Tehran regime.

So when Hersh says that the vice president had his own hit squad, he has to be taken seriously -- until when and if he is discredited. 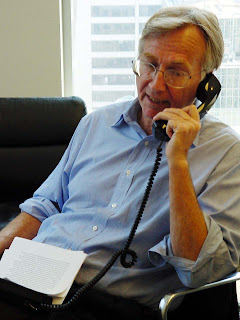 Hersh himself later claimed that he regretted spilling the beans, explaining in an email exchange with a Minneapolis reporter that the subject was "not something I wanted to dwell about in public," that he is looking into the story for a book, and that it may be a year or two before he has enough evidence "for even the most skeptical."

But until that story can be fleshed out beyond anecdotal evidence that the squad operated in Afghanistan, which after all is a war zone, and faces and places where it may also have roamed that are not war zones can be confirmed, what we're left with is a lot of wishful thinking from cheerleading sites like Raw Story and bloggers such as Will Bunch and emptywheel, as well as the usual "this is just another Hersh fantasy" from the Weekly Standard and other unquestioning defenders of the Bush-Cheney imperial power grab. 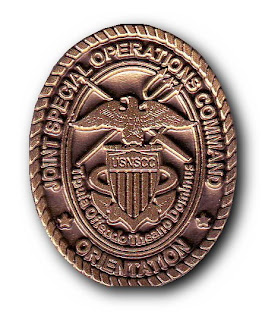 following the failed Desert One mission to rescue the hostages at the U.S. embassy in Tehran. And even though its work is covert, it is an open secret that CIA and JSOC teams have been in pursuit of Al Qaeda and Taliban bigs since shortly after the 9/11 attacks, while Hersh himself has written about a similar operation in Iraq.

What we do know about the obsessively secret -- and I daresay obsessively evil -- Cheney suggests that there is some truth to the story because the vice president never would let stand in the way something like President Ford's 1976 executive order prohibiting any employee or agent of the U.S. government to conspire or engage in political assassination. The Ford order was a response to 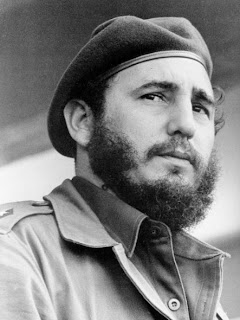 But Hersh's is not yet a Story of a Lifetime. Far from it. It remains to be seen whether what on its face may be little more than a conspiracy theory gathers steam in the days and weeks to come -- which is to say that Hersh himself fleshes out his assertion with a New Yorker piece before he does a book -- that does not rely entirely on blind sources and deep background, and the mainstream media joins in, as well.

The reticence of the MSM to go after Bush and Cheney even after the fact is apparent, so just because big-time papers and Internet news outlets don't follow-up on the story isn't necessary a litmus test. (None had as of Friday morning, 36 hours after the story broke.)

Nevertheless, my skeptical side is in gear. 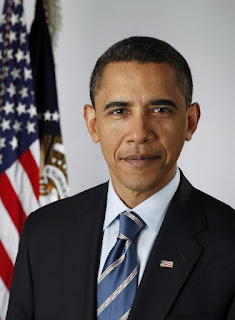 Here's why: The New Yorker has a notoriously thorough fact-checking process, and it has been noted by the rival New York magazine, among other outlets, that Hersh has a habit of talking a bigger game on campus speaking tours and radio appearances than he has written for the venerable publication. In other words, Hersh sometimes says things that he doesn't write, which is to say that he appears to bend that most malleable of commodities -- the truth -- which in my book tends to tarnish even his certifiably terrific journalistic achievements.
This skepticism, borne of long years as an investigative editor, does not preclude my noting that if the Cheney claim stands up, then President Obama must shake off his much criticized diffidence about going after Bush administration wrongdoing. Cheney clearly will have broken the law and must be held accountable.

"This is a little story about a potentially huge story that a lot of folks like myself want to be true but don’t know whether it is true."

I have to say, I find the idea that *anyone* wants this story to be true more than a bit disconcerting! I get the whole thing that if the story is true, it might finally force the current administration to actually look into prosecuting the Bush admin for war crimes, but when someone says they hope the story is true, what they're saying is that they actually are hoping that the USA has been going around and covertly dispatching commandos to kill people without even the faintest whiff of due process. Are people really that blinded by their hatred of Bush and Cheney that they seriously WANT the US to have fallen that far?

As much as I would love to see Bush and Cheney held accountable for the crimes they have committed, I absolutely and sincerely pray that this story is NOT true - that we haven't been going around and killing whomever we wanted for whatever reason a madman like Cheney might come up with. I would hope most people would feel that way. It's a bit scary to me to consider the implications otherwise.

You make a good point, but what is done is done, and if the Hersh story is true -- and I certainly bring a good deal of skepticism to it -- then that truth must out.

I do not hate Bush and Cheney but I positively loath what they have done to my country.

I personaly have met a remotely dispatched 'bad ass group' commando.
He was AWOL at the time.
They exist. Whether Rumsfeld's shop or Cheney's fools knew of them or ran them this type operation is/was rampant. (in my opinion.)

Hey Shaun, my Mom died on Thanksgiving, no fun a'tall. We got Obama in and the blackards out. Now I play S&P and DOW solitaire with a blazing futures' platform by "ThinkorSwim" that electronically executes your trades in quarter seconds. It's a wild world out there.

I predicted the electronic age derivative/hokey financial instrument disaster twenty plus years ago when somebody invented the (I just now forgot the name) an instrument where the interest "strips" and the principalpayments trade separately, sorta zero couponish.
My thought then and now is that all the financial instruments we need were invented by the time of the Phoenicians. What passes for banking now is trading invented type issues and taking a small percentage at each trade. These guys just vacuum up billions of tiny pieces out of the world's capital resources, serving no economic purpose whatsoever. It's a little like having your landscaper mow your lawn forty times a week and wondering where your money has gone.
It's interesting that our present financial debacle can be traced to the PC. If man had to physically enter or type up each mortgage or derivative these massive holey flows into the hands od unconscionable salesman could not have occurred. Interesting.
Also, In George Packer's "Assassain's Gate" he talks about when the "bowlers" began to populate the CIA, i.e. when non prep school, non Ivy or non near Ivy analysts and ops people began to sign on. This happened in banking commencing in the early seventies. It was a huge change and it's an enormous story of how an old school type of morality dissappeared over the next two decades. It's also a story that probably can not be written. It was however interesting to see it unfold.