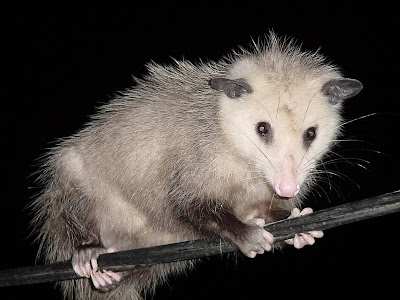 Well, hello all you people! It’s been a while, but here we are again.

This is our fifth autumn in these parts, and in contrast with the four which went before (isn’t that musical, somehow?) it has been a season of the most unutterably sublime weather. No wind, no rain, no clouds. Even now daytime temperatures are rising into the late teens and early twenties, though the nights are getting chilly. And longer. Only a month to go to the winter solstice.

It’s a mixed blessing. Farmers here (and in other parts of the country) can’t grow grass while the soil remains dry and when the weather chills with the arrival of winter, there is a real risk they will find themselves having to buy in feed earlier than usual. In some places livestock is already being sold down as farmers hedge against the possibility that they won’t be able to feed them. And as you can quickly deduce a shortage of feed and a surplus of animals raises costs on the one hand and reduces income on the other. But, as my farming friends are fond of saying, that’s life.

For us town-dwellers the problem is a little different. Nature’s rhythms are not much disturbed by climatic oddities (yet) and so on the streets and gardens and in the roof guttering lies a mass of brightly coloured fallen autumn leaves. In past years they were soaked with rain and made soggy and slippery but rotted away quickly. This year they are dry and there is not enough wind to blow them into the neighbour’s place. In a little while they will be gone, but right at this moment it’s a big, big mess!

The other evening I had just finished drying myself after stepping out of the shower when suddenly everything went dark. Timing is everything in cases like this, because if the power had failed while the water was running I would have been immediately frozen into immobility. The gas heater which heats the bathroom water won’t work if there is no electricity. But hey . . .

The blackness lasted a couple of hours, and reading in bed was not an option so a chap — and his wife — turned over and went to sleep. Imagine my surprise next day when the local paper reported causes and effects one can only wonder at:

A high-wire possum that blew a key power line in Masterton has been blamed for rupturing a nearby water main and plunging into darkness 9000 Wairarapa homes for about two hours last night.

The possum, it can be safely assumed, was turned into a fricassee and everyone will be glad because they’re a pest, but I really have to question whether the poor creature was clever enough to rupture a water pipe from a block away and up a pole. But it must be true, because it took two reporters to bring this information to us and you all believe what you read in the paper, don’t you?

A few weeks back youngest grandson came to visit, so I took him to the local swimming complex. This seemingly innocent activity caused a contretemps, as it turns out, and I can do no better than to repeat here a portion of the email I wrote to the city manager:

I took my visiting 11-year old grandson to the pool today, where he had a couple of hours of great fun. While he was swimming, I took a dozen or so photos of him to send his parents, and it was when I took the 12th one that it happened.

A very nice young man in a yellow shirt came up behind me, and told me that I was not allowed to take pictures without the approval of the manager. Why? For child safety reasons. What child safety reasons? Oh, you know, paedophiles and things like that.

I’d be very interested to know the origins of this lunatic and outrageous policy. Is it a Council policy, or did the pool manager dream it up? How many paedophiles have been prevented from doing harm by it?

This is appalling, and total madness! What on earth are we coming to?

hat are we coming to, indeed. You can pretty much write the reply I got yourselves, but the incident once more brings into focus what happens when a community — defined in this case as the inhabitants of New Zealand — start to accept and approve of the notion that if a problem arises which is created by a tiny minority of people, then regulations must be enacted which have to be inflicted on the entirely normal and responsible majority. Politically it is sound up to a point, but if enough of it goes on and it penetrates deeper and deeper into people’s everyday activities then the warnings of George Orwell suddenly spring to mind. Again. Recent opinion polls strongly indicate that our present set of governors may not be around much longer to perpetrate such legislative laziness, but that raises the question of whether their successors are capable of much better.

Almost a year ago I reported that we have installed a heat pump in the family room at the back of the house, and I am learning that it has changed the way we use our property. It is capable of heating quite a considerable volume of air, namely the family room, the kitchen and the dining room. It will also slightly lift the temperature of the living room as well, but since we scarcely ever use the living room now it hardly matters. When we need it, we light the fire and the two heating systems combined make for an experience of the greatest of comfort. Nevertheless, our woodshed is still full of manuka which burns hot and slow, and because it’s an expensive firewood its lack of use is making an excellent contribution to the economics of the heat pump. The reality is that saving energy requires capital expenditure up front, and this is one of the great stumbling blocks to reducing man-made emissions of carbon dioxide. But I expect the excitement about that to fade before long, and I belong to the group of people who entirely accept that while the climate is warming, I’m not the cause. And neither are you.

To add to our evening comfort in the family room, we bought a standard lamp with one of those dishes that faces upward to reflect the light from the ceiling. It has a halogen light source, and it took us a couple of occasions to figure out where the smell of burning was coming from. From time to time an insect will brush against the halogen bulb and suffer a fate rather like that of the possum on the power line. Toasted wasp, anyone? Pfworrrrr . . .

Late in the summer, before the leaves had really begun to change colour, we took a short drive to the west with our family to a favourite pottery. To reach the little shop you turn off the road and drive up a gravel driveway. On this occasion we were surprised to see that right beside the driveway and invisible from the road, a field had been occupied by cricket players, all properly dressed in whites, along with their relatives and their cars. It was a scene straight out of an English jigsaw puzzle; a village green in the traditional style, made even more attractive by its sheer unexpectedness. Evidently the matches are put on by the potter, which has the additional piquancy that the potter is not, so far as I know, an Englishman. In such ways the defunct Empire continues to exert its influence.

* * * * *
Country Bumpkin is a bibliophile and man of the world who lives in New Zealand. Among his other guest blogs are Country Travel, Country Polikarpovs, Country History, The Country Way of All Flesh, Country Images, Country Winter and Country Ice.