The Terrorists Lost, But Who Won? 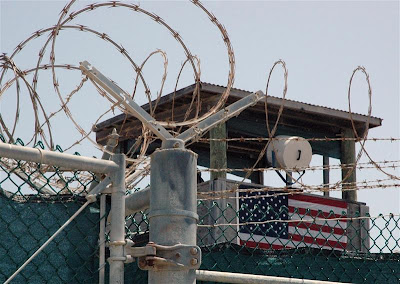 "The hallowed burial grounds of 9/11 were supposed to bequeath us a stronger nation, not a busted one. We were supposed to be left with a finer legacy than Gitmo and the Patriot Act. When we woke up on September 12, we imagined a whole host of civic virtues that might rise from the smoldering ruins. The New ­Normal promised a new national unity and, of all unlikely miracles, bi-partisanship: The still-green president had a near-perfect approval rating for weeks. We would at last cast off our two-decade holiday from history, during which we had mostly ignored a steady barrage of terrorist threats and attacks. We would embrace a selfless wartime patriotism built on the awesome example of those regular Americans who ran to the rescue on that terrifying day of mass death, at the price of their own health and sometimes their lives.

"What arrived instead, sadly enough, was another hijacking—of 9/11 by those who exploited it for motives large and petty, both ideological and crassly ­commercial. The most lethal of these hijackings was the Bush administration’s repurposing of 9/11 for a war against a country that had not attacked us. So devilishly clever was the selling of the Saddam-for-Osama bait-and-switch that almost half the country would come to believe that Iraqis were among the 9/11 hijackers. No less shabby, if far less catastrophic, was the milking of 9/11 for the lesser causes of self-promotion and product placement by those seeking either power or profit. From the Bush-reelection campaign ad with an image of a flag-draped stretcher carrying remains at ground zero to the donning of flag pins by television anchors and pandering politicians, no opportunistic appropriation of 9/11 was too sleazy to be off-limits. T-shirt hawkers and Scientologists rushed downtown to merchandise their wares; NBC re-branded its prime-time entertainment by outfitting its ubiquitous peacock logo with stars and stripes. (G.E., the network’s owner, had defense contracts to tend to.) Nor should we forget the preening architect Daniel Libeskind, who posed for an Audi ad to celebrate winning the contest to design the World Trade Center site (“the commission of the century,” as the copywriter had it).