One Of The Biggest 9/11 Lies Is Debunked Not By The Media, But By Law Students 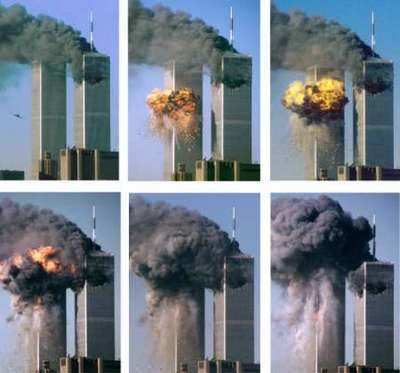 Of the many lies told by Bush administration officials in the wake of the 9/11 attacks, few were larger than the assertion of Vice President Cheney -- who history will show is probably the biggest and boldest liar to hold high office in the U.S. -- that Air Force fighter jet pilots in hot pursuit of the hijacked airliners were poised to carry out an order from President Bush to shoot them down.

In fact, no such order was readied and one was belatedly given by Cheney himself after all four aircraft had crashed. In fact, a mere four fighters -- one of them unarmed -- had been scrambled. In fact, military commanders did not know of the identities of three of the four airliners until after they had been crashed into the north tower of the World Trade Center, the Pentagon and a farm field in Western Pennsylvania. In fact, the fighters pursued an aircraft out in the Atlantic that was not connected to the attacks.

In fairness to air traffic controllers and military commanders, a mere nine minutes elapsed from the time controller radars locked onto the first aircraft and it crashed into the south tower, but the vice president nevertheless spun an elaborate yarn that was repeatedly embellished on in the days after the attacks to create the illusion that an administration that had long known about the possibility of them but had been preoccupied elsewhere, had done everything possible to prevent them once the "surprise" attacks were underway.

The outlines of this enormous lie have been known for years and some audio of the conversations of confused and then alarmed controllers has been made public. But this week the entirety of the 9/11 Commission findings on this aspect of the attacks, as well as all of the recordings, is being published for the first time by the Rutgers Law Review. Sections of it are available online at The New York Times.

That's right, a bunch of law students and not the news media has finally provided a complete and unvarnished real-time account. In fact, as noted here, the news media for the most part has been disinterested in getting to the bottom of the major unanswered questions about the seminal event of the new millennium and because of that was complicitous in the elaborate, many tentacled Bush administration cover-up of its failings.

The account in the law review of efforts by controllers at the New York air traffic control center to locate the second airliner headed into the WTC is harrowing:

"Hey, can you look out your window right now?" the caller said.

"Do you see that guy, look, is he descending into the building also?" the caller asked.

"He’s descending really quick too, yeah," the manager said. "Forty-five hundred right now, he just dropped 800 feet in like, like one, one sweep."

"What kind of airplane is that, can you guys tell?"

* * * * *
Although the Rutgers Law Review does not address ancillary questions, release of the entirety of the 9/11 Commission files on this aspect of the attacks begs a very big question: In the years leading up to September 11, 2001, there had been between 70 and 110 "successful" interceptions per year following distress or other calls, successful in that the aircraft was intercepted and its intentions identified.

In the instance of the four hijacked airliners, there were breakdowns in both the air traffic control and air defense system pretty much from top to bottom, as well as an arguably belated response from the White House. Which increases the magnitude of Cheney's lies.

Regarding air defense system failures, an August 2006 Vanity Fair article is by far the best.

sex shop blog said...
This comment has been removed by a blog administrator.
5:48 AM