Alternative Energy In America Is A Promise Delayed, But Not Failed 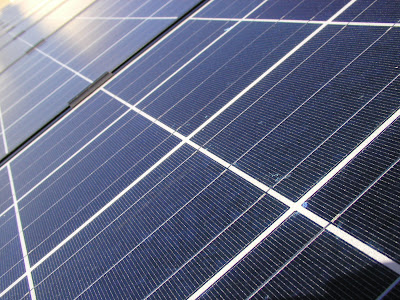 The check from Metropolitan Edison arrived, as it always does, at mid-month. You see, we don't pay our local utility for electricity. It pays us for the surplus electricity we generate from the 20 photovoltaic cells on our south-facing roof, which is more than enough to light our house, run our appliances and heat our water.

The installation of the system was not cheap, but because of generous federal and state tax rebates engineered by President Obama and his ally Ed Rendell, whose stepped down as Pennsylvania governor in January, it was an investment well worth making and one that will pay off in tiny increments in the form of those Met Ed checks and then pay off big time when the system is paid off in a little less than 10 years.

Our happy story aside (as well as a neighbor's who installed a 28-panel system after being impressed with ours), these are tough times for solar as tax incentives begin drying up and the industry undergoes a shakeout that has forced Solyndra, a California solar tube manufacturer that received nearly $600 million in federal loans under the 2009 stimulus bill, to file for bankruptcy. Others are likely to follow despite the unrelentingly happy picture being painted by the green energy movement.

Meanwhile, the Chinese government is investing heavily in solar production and that has forced down product prices worldwide, while the market in green-conscious Europe is booming. (Our solar control panel, which has a lifetime guarantee, is made in Austria.) New Jersey had just six solar power systems when it launched incentives in 2001 and now has more than 10,000 solar installations alone with more than 400 megawatts of installed capacity (our system is a mere 4.5 kilowatts). These huge arrays typically are on the rooftops of factories, warehouses and shopping malls.

The densely populated Garden State is close to attaining its goal of getting 2 percent of total electricity generation from solar by year's end and seemed to be on the way to embracing wind power with equal enthusiasm, but in June Governor Chris Christie announced that he planned to scale back the state's renewable energy goals and ambitious planned wind power farms off shore from Atlantic City are likely to take a hit.

The upshot is that the state's previous goal of 30 percent of total electricity generation from solar and wind by 2021 has been scaled down to 22.5 percent.

In 2009, the most recent year for which national figures are available, wind and solar combined made up a measly 1 percent of all U.S. energy production and 0.8 percent of all consumption, according to the Energy Department.

Tapping into these alternative energy sources require big up-front investments with the payoffs down the road, but that is anathema to a nation addicted to instant gratification (and fossil fuels) despite austere times, and while the U.S. should be taking the lead in green energy, it is China and Germany who are well in the lead and eventually will reap the benefits.

The sun continues to shine and wind still blows, but we as a people seem fecklessly incapable of taking advantage of it.

Anyone who thought that it would be a whole new ballgame when it came to energy and the environment when Barack Obama took office is bound to be disappointed. While the president has moved aggressively to promote green initiative including solar energy and has pushed back against Republican efforts to gut the Environmental Agency, his record on fossil fuels is decidedly mixed.

Then there are instances of behind-the-scenes backscratching between government agencies and Big Oil, including the State Department becoming involved in the proposed $7 billion Canada-to-Texas Keystone XL oil sands pipeline.

The pipeline would allow an enormous supply of a particularly dirty form of oil, locked up in Alberta's tar sands, to reach refineries in the Gulf of Mexico and markets around the world.

In June of 2010, in the midst of the BP Gulf oil disaster, someone deep in the bowels of the State Department was considering a two-year delay in the pipeline project, according to documents released last week. Public concerns about the oil industry were peaking, and the pipeline was getting a closer look.

At one point, The Guardian reports that State even asked a lawyer for TransCanada, the Alberta-based company that was trying to get a federal permit to build the pipeline, to provide an assessment of how such a delay would impact the company.

What happened to that request -- or to the idea of possibly delaying federal approval of the pipeline -- remains a mystery.

I have just returned from a driving trip through France and Spain. I was pleasantly surprised at the large number of wind generators I saw everywhere as well as the 'solar farms' which have been installed in Spain. Acres and acres of solar panels generating energy for the country. Electricity is very expensive in Europe and they are addressing their needs through solar and wind power. We could learn a lot from these countries.