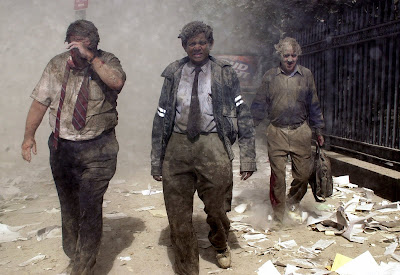 Among the many first responders rushing to Ground Zero after the 9/11 attacks were mental health workers. While they meant well in trying to soothe the survivors and people traumatized by the attacks, a study to be published this week on the 10th anniversary of the attacks found that some of the treatments proved to be harmful and the number of survivors with lasting emotional distress was much smaller than had been estimated.

The report, appearing in a special issue of the journal American Psychologist, also found that:

* Experts argued among them selves over whether watching an event on television could produce the same kind of traumatic reaction as actually being there.

* The standard approach involved urging a distressed person to talk through their experiences and emotions, but it backfired for many people who plunged even deeper into anxiety and depression when forced to relive their experiences.

* People are far more resilient than experts thought, and the number of people exhibiting post-traumatic stress was far lower than the epidemic proportions -- an estimated 100,000 people -- that had been predicted. Later studies found rates closer to 10 percent for first responders and lower for other New Yorkers, while the prevalence in children was slightly higher.

* One upshot of the experiences has been to caution against applying theories so readily to real life, and crisis response teams now take a much less intense approach called psychological first aid, teaching basic coping skills and having victims recount experiences only if it seems helpful.