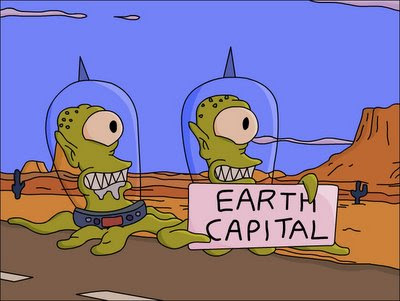 It should be made clear from the jump that the winnowing-out process to determine which Republican faces Barack Obama next year is working as intended even if at times it more resembles the making of sausage than democracy in action. After all, the 2008 Democratic field had no fewer than eight would-be worthies at the starting gate, including Christopher Dodd, Mike Gravel, Evan Bayh, Dennis Kucinich, Tom Vilsack and some guy by the name of Biden.
While a few of these Democratic wannabes had policy positions outside the mainstream, they were only slightly so and virtually indistinguishable from one another. By the mainstream I mean views held by a majority of voters, and in offering this definition I acknowledge that the mainstream has shifted toward the conservative side in the new millennium.

Many of the policy positions of the candidates in the Republican field also are indistinguishable except that these candidates have views well outside the mainstream. In fact, views well beyond the right field bleachers.

Allowing for flipping (being strident) for the benefit of your primary voter constituency and flopping (moderating that stridency) for general election voters, any of the Republican candidates are capable of the chameleon-like behavior commonplace among politicians of all stripes. But if the eventual nominee is not Mitt Romney or John Huntsman, the election is Barack Obama's to lose and the GOP will have blown an historic opportunity to take back the White House.

Fourteen months out, the only scenario that I see in which Obama would become a one-term president is if voters in sufficient numbers blame him for not pulling jobs out of his presidential hat, a blame that in fairness must be shared with obstructionist congressional Republicans and most especially big business.

Michele Bachmann, doncha know, is in free fall, and when she lands it will be with less with a splat than a thud as she plows into an increasing large pile of also-rans that includes Sarah Palin, Donald Trump, Ron Paul and Rick Santorum.

At least the party has Rudy Giuliani waiting in the wings. "I might get into the race if I think we are truly desperate," America's mayor says. Democrats hope that is so.

* * * * *
Perry's biggest problem as the nominee will be his wackadoodle views on stuff people care about. That is to say the mainstream.

It is one thing if Perry believes in the Tooth Fairy, but for him to repeatedly hammer home his view that Social Security is "a giant con game" will win him no friends among senior citizens, some of whom are Republicans and 57 percent of whom recently told CNN pollsters that they don't want major changes to the program. Then there are the all-important Independents, nearly 70 percent of whom oppose major changes.

You can bet your 10-gallon hat that Obama is smiling. And that we will see video clips over and over during the president's re-election run of Perry dissing a retirement benefit that has paid out nearly $6 trillion dollars -- sometimes the difference between eating cat food and a reasonable standard of living -- to everyday Americans in this decade alone and will pay trillions more to future retirees.

* * * * *
Compared to Bachmann, Perry seems almost, uh . . . button down when attacking Washington, a sure-fire applausegetter on the stumpbut even a cursory examination of the reality behind his attacks reveals him to be Bachmann-esque in his ability to obfuscate.

Exhibit A in this regard is the Texas governor's assertion the reason that an astonishing one-fourth of his state's population has no health insurance is because of "government interference." Never mind that the 49 other states have to contend with the same "interference."

And in what state are the most residents covered?

Massachusetts, where only about 5 percent of the population is uninsured because of the passage of health-care reform when Romney was governor, a factoid that should be a cause for celebration but one that he now tries to run away from because it is an object of scorn to Tea Partiers, who apparently never get sick nor will ever need the largesse of Washington when they retire.

* * * * *
As is often the case, the also-rans beat up on the presumed frontrunner of the moment at the L.A. debate.

And so you had the sight of Bachmann, Paul and Santorum heaping scorn on Perry for an initiative to get girls in Texas inoculated against cervical cancer, a leading cause of which are STDs.

Because, you know, the margin of victory for a long shot Republican candidate might be their being against cancer prevention.

* * * * *
The debate was at the Ronald Reagan Library. And despite the many differences I had with the Gipper, he has never seemed better compared to the current crop of crackpot Republican wannabes.

Oh, one other thing: The major parties have nominated only two ideologically extreme candidates in modern history -- Barry Goldwater and George McGovern -- and we know what befell them come Election Day.

muebles guipuzcoa said...
This comment has been removed by a blog administrator.
1:19 PM