Random Thoughts On A Rainy Day 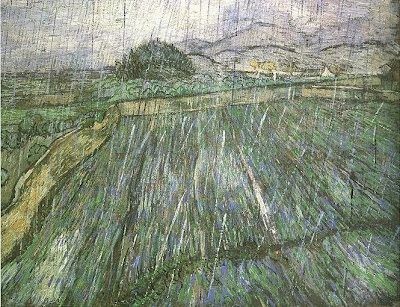 I know that as a society we have an awful time talking about race, but since when has speaking honestly about it become a crime?

* * * * *
I love to dump on the French for their peculiar ways, but watching the Tour de France reminded me yet again that they live in a gorgeous country and, the squalid slums of suburban Paris notwithstanding, have worked very hard to keep it that way.

* * * * *
There have only been a small handful of days hereabouts over the last month that temperatures haven't been over 90 degrees F with stiflingly high humidity levels. But then every time I want to gripe about that I'm reminded it's preferable to shoveling 77 inches of snow last winter.

* * * * *
Went by the Naval Observatory in Washington, D.C. the other day. The observatory is the nation's timekeeper and I long ago calibrated my Omega Speedmaster chronometer to observatory time. Many years on, the time on my watch matched nearly to the second the time on the digital display at the observatory entrance.

* * * * *
Speaking of Washington, and as a frequent user of public transportation, its Metro subway system seems to be on the verge of a nervous breakdown. By contrast, it has been smooth sailing on Amtrak, although its Northeast Corridor trains are often packed, as well as on SEPTA, the Philadelphia region transit system, which by my lights remains very well run despite the demands increasing ridership places on it.

* * * * *
While I believe that the Democrats are nothing to write home about, at this juncture the Republicans appear to have lost the ability to lead, which is say legislate. Race baiting and being delusional on the issues that matter is not governing.

* * * * *
Had a nest of baby bunnies under a tree behind the garden this spring. Two have survived and are not fazed by humans. What's with that?

* * * * *
The fatuousness of some bloggers is extraordinary: Made-up but representative: "Jeffrey, who has spent the last two weeks avoiding an argument with Glenn linking to Joe's lie about Glenn comparing comparing the Iraq invasion to the Nazi invasions, revisits the situation briefly because Andrew has come to Glenn's defense, at least insofar as the Nazi comparison is concerned, although not the rationale for the Iraq invasion, which Marc goes after in a post responding to Josh, who finds the entire matter a cock-up while praising Glenn for keeping his powder dry, but not his use of lengthy rationales that he finds more akin to the kind of pop history that Pat and his ilk promulgate."

* * * * *
My mountain bike and I celebrated our 10th anniversary this week. I paid $800 for this then top-of-the-line Cannondale in 2000 primarily because of its titanium frame and the brand's reputation for durability. I've replaced the seat (twice), the tires (lost count) and various other minor fitments, but it has been a trouper and I expect to ride it to my grave. And be buried with it.

IMAGE: "Wheat Field in Rain" (1889) by Vincent Van Gogh
Posted by Shaun Mullen at 12:10 AM
Email ThisBlogThis!Share to TwitterShare to FacebookShare to Pinterest