Science Sunday: Music On Our Minds 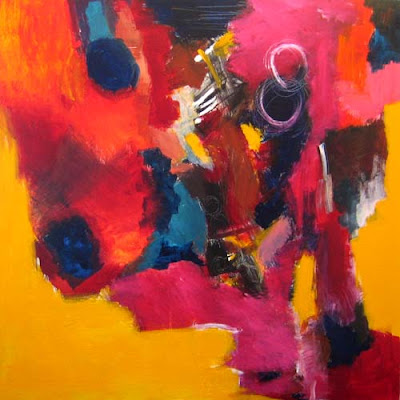 It is a testament to the complexity of the brain that despite decades of research we still have relatively little understanding of why so many of us enjoy music so deeply and revel in its ability to alter our moods, trigger memories and even change our lives.

That is just fine with me as someone who has never heard a kind of music that he didn't like.

Regular readers of this blog (the cats, my next door neighbor's cats, my faithful brother and that sweet woman from who keeps seeing UFOs) know that I adore music.

Music is pretty much a fulltime companion. It wakes me up in the morning and relaxes me in the evening. It helps me celebrate good times and weather bad times. It makes me move my body in fun and interesting ways when the Dear Friend & Conscience and I are at a concert or roll up the living room rug on a Saturday night and boogie. And I can say without equivocation that it does strange and wondrous things to my mind.

Yet for all of the music that I have absorbed since I first heard "Pop Goes the Weasel" played on a jack in the box, I don't have a clue as to how and why it does those things to my mind.

Oliver Sacks has many clues and they are on display in Musicophilia: Tales of Music and the Brain, a fascinating if uneven book.

Sacks, a groundbreaking neurologist and prolific medical writer, presents a pastiche of medical case studies ranging from the amazing tale of a man struck by lightning who subsequently develops a passion and talent for the concert piano to less fortunate souls who have violently disruptive musical hallucinations or less intrusive "ear wigs," songs that play in a continuing loop in their minds. These "musical misalignments," as Sacks calls them, are seldom fully treatable, let a lone understood.

Even less understood are why some people, myself included, find such joy and even rapture in music while others -- Sacks cites Che Guevara, who was rhythm deaf, and Sigmund Freud and Vladimir Nabokov, brilliant men who didn't get even the least bit of pleasure from music -- as representative of large segments of the population.

While it is somewhat of an afterthought, Sacks argues that music therapy can benefit many patients, including those with Parkinson's Disease and advanced dementia because the memory and emotion derived from music can survive long after other memories have faded. While my own experience is limited, the DF&C is a critical care-nurse who can attest to the therapeutic power of music and wonders why so few hospitals and other health-care facilities use it. (Perhaps there would be wheelchair fights over whether the music should be Rimsky-Korsakov or Johnny Cash.)

Unfortunately, there is a slapdash element to parts of Musicophilia that is too typical of too many books these days, even from venerable houses like Alfred A. Knopf, Sacks' publisher. Some chapters are much too short and the entire book could have used a hard edit.

No matter. As an experienced writer, I find nothing more difficult to write about than music because words too often fail me when it comes to describing the richness, texture and especially mood evocations of music. While Sacks' approach is more clinical than literary, he succeeds admirably where I fail in providing a window into music in the mind.

Here are excerpts from a chapter on the incredible story of Tony Cicoria, who was at a lakeside pavilion for a family gathering on a fall afternoon as storm clouds gathered in the distance:

He went to a pay phone outside the pavilion to make a quick call to his mother (this was in 1994, before the age of cell phones). He still remembers every single second of what happened next: "I was talking to my mother on the phone. There was a little bit of rain, thunder in the distance. My mother hung up. The phone was a foot away from where I was standing when I got struck. I remember a flash of light coming out of the phone. It hit me in the face. Next thing I remember, I was flying backwards."

Then — he seemed to hesitate before telling me this — "I was flying forwards. Bewildered. I looked around. I saw my own body on the ground. I said to myself, 'Oh shit, I'm dead.' I saw people converging on the body. I saw a woman — she had been standing waiting to use the phone right behind me — position herself over my body, give it CPR. . . . I floated up the stairs — my consciousness came with me. I saw my kids, had the realization that they would be okay.

* * * * *
Dr. Cicoria knew he was back in his own body because he had pain — pain from the burns on his face and his left foot, where the electrical charge had entered and exited his body — and, he realized, "only bodies have pain." He wanted to go back, he wanted to tell the woman to stop giving him CPR, to let him go; but it was too late — he was firmly back among the living. After a minute or two, when he could speak, he said, "It's okay — I'm a doctor!" The woman (she turned out to be an intensive-care-unit nurse) replied, "A few minutes ago, you weren't."
* * * * *
A couple of weeks later, when his energy returned, Dr. Cicoria went back to work. There were still some lingering memory problems — he occasionally forgot the names of rare diseases or surgical procedures — but all his surgical skills were unimpaired. In another two weeks, his memory problems disappeared, and that, he thought, was the end of the matter.

What then happened still fills Cicoria with amazement, even now, a dozen years later. Life had returned to normal, seemingly, when "suddenly, over two or three days, there was this insatiable desire to listen to piano music." This was completely out of keeping with anything in his past. He had had a few piano lessons as a boy, he said, "but no real interest." He did not have a piano in his house. What music he did listen to tended to be rock music.

With this sudden onset of craving for piano music, he began to buy recordings and became especially enamored of a Vladimir Ashkenazy recording of Chopin favorites — the Military Polonaise, the Winter Wind Étude, the Black Key Étude, the A-flat Polonaise, the B-flat Minor Scherzo. "I loved them all," Tony said. "I had the desire to play them. I ordered all the sheet music. At this point, one of our babysitters asked if she could store her piano in our house — so now, just when I craved one, a piano arrived, a nice little upright. It suited me fine. I could hardly read the music, could barely play, but I started to teach myself." It had been more than thirty years since the few piano lessons of his boyhood, and his fingers seemed stiff and awkward.

And then, on the heels of this sudden desire for piano music, Cicoria started to hear music in his head. "The first time," he said, "it was in a dream. I was in a tux, onstage; I was playing something I had written. I woke up, startled, and the music was still in my head. I jumped out of bed, started trying to write down as much of it as I could remember. But I hardly knew how to notate what I heard." This was not too successful — he had never tried to write or notate music before. But whenever he sat down at the piano to work on the Chopin, his own music "would come and take me over. It had a very powerful presence."

I was not quite sure what to make of this peremptory music, which would intrude almost irresistibly and overwhelm him. Was he having musical hallucinations? No, Dr. Cicoria said, they were not hallucinations — "inspiration" was a more apt word. The music was there, deep inside him — or somewhere — and all he had to do was let it come to him. "It's like a frequency, a radio band. If I open myself up, it comes. I want to say, 'It comes from heaven,' as Mozart said."

* * * * *
In the third month after being struck by lightning, then, Cicoria — once an easygoing, genial family man, almost indifferent to music — was inspired, even possessed, by music, and scarcely had time for anything else. It began to dawn on him that perhaps he had been "saved" for a special reason. "I came to think," he said, "that the only reason I had been allowed to survive was the music." I asked him whether he had been a religious man before the lightning. He had been raised Catholic, he said, but had never been particularly observant; he had some "unorthodox" beliefs, too, such as in reincarnation.

He himself, he grew to think, had had a sort of reincarnation, had been transformed and given a special gift, a mission, to "tune in" to the music that he called, half metaphorically, "the music from heaven." This came, often, in "an absolute torrent" of notes with no breaks, no rests, between them, and he would have to give it shape and form. (As he said this, I thought of Caedmon, the seventh-century Anglo-Saxon poet, an illiterate goatherd who, it was said, had received the "art of song" in a dream one night, and spent the rest of his life praising God and creation in hymns and poems.)

* * * * *
Some years passed, and Cicoria's new life, his inspiration, never deserted him for a moment. He continued to work full-time as a surgeon, but his heart and mind now centered on music. He got divorced in 2004, and the same year had a fearful motorcycle accident. He had no memory of this, but his Harley was struck by another vehicle, and he was found in a ditch, unconscious and badly injured, with broken bones, a ruptured spleen, a perforated lung, cardiac contusions, and, despite his helmet, head injuries. In spite of all this, he made a complete recovery and was back at work in two months. Neither the accident nor his head injury nor his divorce seemed to have made any difference to his passion for playing and composing music.

Image: "Music on My Mind" By Lena Emmertz
Posted by Shaun Mullen at 12:00 AM
Email ThisBlogThis!Share to TwitterShare to FacebookShare to Pinterest

Thanks for the review. This might seem like an odd comment: I found this book fascinating. However, maybe because I am a musician, I often found it difficult to read. It seemed like every chapter introduced some new way a person could lose their musicality - really sort of horrifying for me to read. It took me a long time to finish the book.