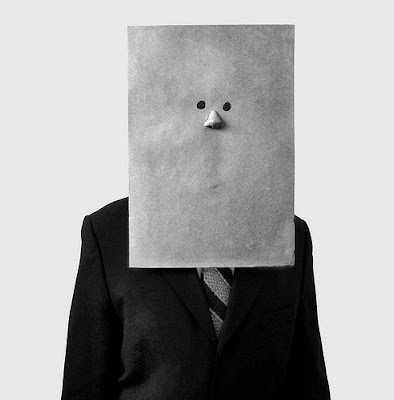 (ORIGINALLY PUBLISHED IN AUGUST 2009
AND NOW MORE APPROPRIATE THAN EVER)
One of the ongoing debates as the blogosphere . . . um, matures is whether bloggers and commenters have a right to remain anonymous. That answer is being teased out on a case-by-case basis, but here's one where there should be no question that the blogger forfeited her right to anonymity.

This particular ratfuck got rolling when the Skanks in NYC blog appeared online. Written anonymously, it was all about trashing Liskula Cohen ( left), a former model whom the blogger called, among other things, a "skank," "ho," and "an old hag," and posted photos of her taken from various websites.

Cohen filed a $3 million defamation suit against her nemesis after a judge ordered Google to reveal the email and IP address of the blogger. Google complied, and it turned out that she was Rosemary Port (below), an unemployed nightclub hostess and telemarketer who apparently had it in for Cohen because she had said some nasty things about Port's boyfriend.

Cohen has decided to withdraw the lawsuit because "It adds nothing to my life to hurt hers. I wish her happiness. This is about forgiveness."

Port is not similarly inclined and says that her 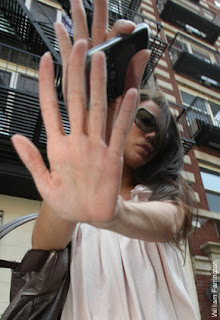 lawyer is going to take legal action against Google to the tune of $15 million (perhaps because she is five times as pissed off as Cohen) with the usual blah-blah-blah about taking the case all the way to the U.S. Supreme Court.

The bottom line here is that Google could have refused to comply with the court order but had no grounds to not do so considering the libelous attacks against Cohen, so Port really has no case. And deservedly so.

The 69-year-old former mayor of Manalapan, New Jersey, has been labeled a pedophile, an alcoholic, a wife beater and a criminal by a group of anonymous online enemies.

"I have proof that you're a pedophile, I have 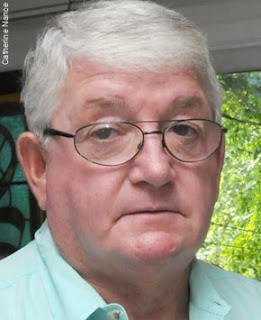 proof that you stole the recreation funds. I have proof that you beat both of your wives," a nameless commenter wrote of him on a message board on NJ.com.

He sued a year ago and has subpoenaed NJ.com for the attackers' identities. NJ.com gave up the email addresses but did not know their names. So Spodak is going after Google, AOL and Yahoo! for the IP address that corresponds to the e-mails.

I wish him luck.

* * * * *
Wouldn't you know that there's already a name for what Cohen did? It's called a cyberslapp for the organization that coined the term, which it defines as "a new form of lawsuit . . . threatening to overturn the promise of anonymous online speech and chill the freedom of expression that is central to the online world."

Cyberslapp.org has some pretty heavy hitters on 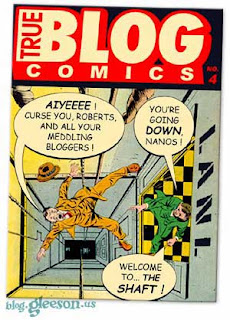 its roster, including the ACLU, Electronic Privacy Information Center and Public Citizen, but it would be well advised to choose its cases with care.

It is one thing for someone to blog anonymously about illegal government activities, a powerful but corrupt official or other matters of public concern if they fear that being named might jeopardize their job or health, but it is another thing to initiate an online catfight over a perceived social diss that is of zero public consequence.

(In fact, Citizen Media has a pretty good guide to how to blog anonymously. Just make sure there's a good reason for your doing so, okay?)

This brings us to a case that would seem to fall into the gray zone between consequential and petty: Ed Whelan's recent outing of Publius, a blogger at Obsidian Wings.

Whelan (below), one of the turds in the punch bowl at 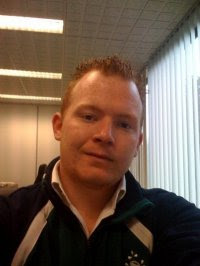 National Review Online, got a bug up his ass about something Publius wrote and so revealed him to be John Blevins, a law professor who elected to write anonymously because he didn't want that to interfere with his day job.

Publius lost his right to blog anonymously not because he flamed Whelan; he in fact is one of the most thoughtful bloggers out there, but because right-wing Whelan vociferously disagreed with something left-leaning Publius wrote and had a hissy fit.

When I started Kiko's House, I wrote anonymously. For about a week.

I (that's me below) quickly realized that after writing several thousand bylined newspaper stories over several decades, as well as appearing on teevee and radio, it made no sense to be an Anonymoose, especially when I intended to take shots across a wide political and social spectrum. 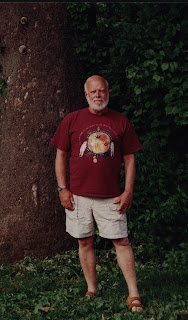 be a $500 an hour lawyer in a sharkskin suit and S-Class Mercedes driving up your butt at some point in the future as that . . . um, maturing process continues.

* * * * *
A final, semi-related thought: While I take occasional shots at other bloggers (up yours, Ed Whelan), it is not my bread and butter.

Of all the things that give me the gripes about the blogosphere, the number of talented bloggers who are more interested in engaging in pissing matches instead of commentating on the affairs of the day, let alone actually doing some spade work themselves, is depressing.

At least they usually are not Anonymice.