On Civil Rights, Courage & Cowardice: What A Difference A Generation Makes 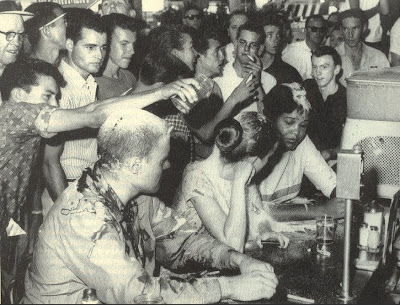 Thanks in large part to the outsized (and well deserved) influence of blogger Ta-Nehisi Coates, a police mugshot of civil rights worker Joan Trumpauer Mulholland and a link to the fascinating website for the book Breach of Peace is making the blogospheric rounds.

of sugar being emptied over her head during a May 1963 Woolworth lunch counter sit-in in Jackson, Mississippi. The hostile all-white police police force let several hundred people taunt Mullholland and her fellow protesters before hauling them off the jail.

Memories of the wrenching civil rights struggle of the 1960s should never be far from the public consciousness. But the timing is exquisite coming as it does in the wake of two disparate events: 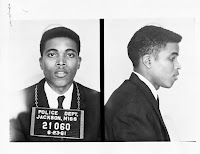 * Republican senatorial candidate Ron Paul's tone-deaf denunciation of the Civil Rights Act of 1964, which of course was a consequence of the actions of people like Mulholland, some of whom gave their lives in the struggle for equality. 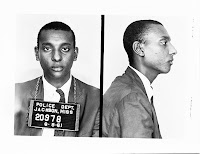 * What is effectively the collapse of the Southern Christian Leadership Conference. The SCLC had an outsized role in the civil rights movement under the leadership of its longtime president, Dr. Martin Luther King Jr.

While I grieve for the SCLC's demise, it is not the first civil-rights group to devolve into parsimony when times pass it by. I also grieve for Ron Paul and his ilk, because unlike Joan Trumpauer Mulholland and hers, they are charting a cowardly course. 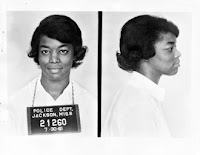 Hank Thomas (below, right) is one of the Freedom Riders profiled in Breach of Peace. He tells author Eric Etheridge about his return to Anniston, Alabama, where he was beaten during a protest march, and his return to Vietnam, where he had served during the war:

"I talked about the irony that none of those whites [in Anniston]would meet with me. . . . However, when I went back to Vietnam in '94, the