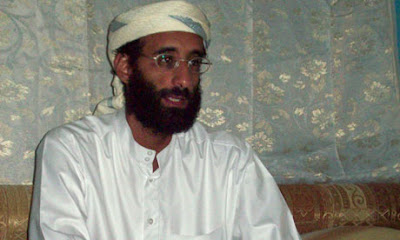 Strange place, this United States of America. As we have again been reminded in the case of American-born radical cleric Anwar al-Awlaki, who is hiding in Yemen, intelligence agencies would have to get a court warrant to eavesdrop on him. But by 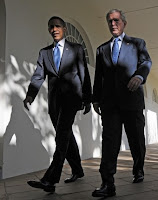 designating him for death, as C.I.A. officials have done with approval of the National Security Council, required no judicial review.

"Congress has protected Awlaki’s cellphone calls," Vicki Divoll, a former C.I.A. lawyer tells the New York Times, "But it has not provided any protections for his life. That makes no sense."

It doesn't make sense, but then the so-called War of Terror has made a hash of what is legally and morally correct and what is not.

That so noted, the outcry from the usual suspects whenever stories like this one see the light of day has been somewhat muted and there is a simple explanation for that: George Bush has been superseded by Barack Obama. 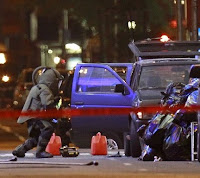 You are not alone if you detect a whiff of hypocrisy.

While my views of what is appropriate and what is not when it comes to terrorists and the radical clerics who inspire them have hardened -- and hardened further still in the wake of the Undie Bomber and Times Square Bomber -- there is no question that some things that I found contemptible when Dubya was running the show seem less so under Obama.

Awlaki, who proselytizes from the Al Qaeda hotbed of Yemen, has declared that it is his religious duty to attack the U.S. and there seems little doubt that he is actively plotting the kind of violence that prompted Faisal Shahzad to drive an SUV laden 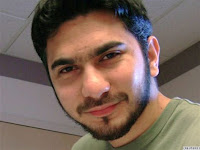 with explosives into the heart of Manhattan on May 1.

It should be noted that Obama has an advantage of sorts regarding the moral and legal high ground.

After years of denials, the full extent of the Bush Torture Regime finally began trickling out and is now public record. And while Obama's first act as president was to prohibit the use of waterboarding and other brutal interrogation techniques, he has avoided the intense scrutiny that his predecessor faced because his administration's weapon of choice has been CIA drones, a program that is a closely guarded secret. 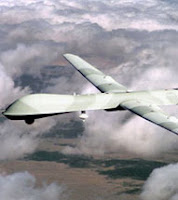 If Awlaki were to be dispatched to the paradise where those 72 Islamic virgins hang out, it almost certainly would be because of a drone strike. Such strikes have been extraordinarily successful and by some counts the remote-controlled missiles have killed more than 500 militants since 2008. As well as a goodly number of civilians.

The upshot, I suppose, is that Awlaki would be dead. And I would be a hypocrite.