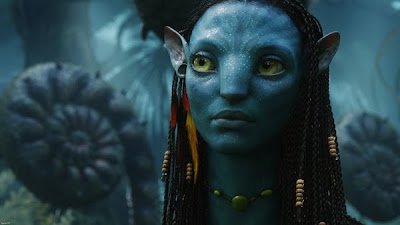 IN YOUR CERULEAN-SKINNED DREAMS
With an impeccable sense of timing (Avatar has just become the highest grossing movie evah), the Royal Society convened a conference in London where scientists speculated on what alien life is likely to be like if there is indeed such life out there.

While none of the alien life forms resemble those sexy Na'vi babes, some bolder thinkers are wading into the science-in-waiting of extraterrestrial anatomy and making some educated guesses after sifting through what few clues there are.

What these extraterrestrials will be like depends on where and how we expect to meet them. Natch.

Barring the appearance of flying saucers, there are two broad possibilities: Either we have a close encounter by visiting relatively near planets and moons next door, or as the New Scientist puts it, "We make an interstellar phone call to creatures inhabiting much 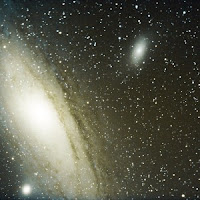 If first contact turns out to be within our solar system, then at least we have some prior knowledge about the available habitats. Several spots might be suitable for Earth-like life based on carbon biochemistry and using water as a solvent. The subsoil of Mars may be warm enough to host microbes akin to Earth's bacteria, and there could be larger beasts swimming in the watery oceans of some outer moons of the solar system -- especially Jupiter's moon Europa, to cite but two of many possible examples.

Astrobiologist Dirk Schulze-Makuch calculates that the

SO MUCH FOR PHONING HOME

In any event, these scientists say that extraterrestrials are probably not going to be very interesting to talk to. 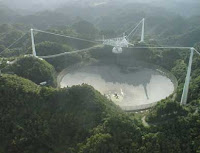 For aliens on earthlings' intellectual level -- or far above it -- we will almost certainly need to look beyond the limits of our own solar system through efforts like the SETI initiative, which searches for the sounds of alien transmissions.

If we do make contact, what kind of creature is going to be on the other end of the line? Even without knowing the details of their chemistry or habitat, it is possible to hazard a few guesses.

For openers, they may have a taste for flesh. "Predators tend to be more intelligent," 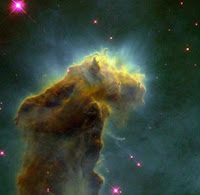 says evolutionary biologist Lynn Rothschild. "They have to do more moving around to outsmart the other guy. You don't have to be terribly intelligent to grab a leaf of lettuce."

And then there's the fact that in order to contact us, extraterrestrials must be able to send and receive radio waves or laser beams, or use some other medium to reach across the light years. So either they are vast creatures that have evolved natural radio-wave organs to talk and listen to each other, or they have developed technology.

But for that intelligence alone is not enough. "The thing that advances us as a species 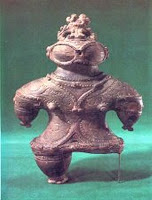 is that we are social," says Schulze-Makuch. "One of us alone is not very smart -- I'm so dumb I can't even build a radio. It is by working together that we got on the moon."

It need not be anything like human societies, however. "There are meta-intelligences in the societies of bees and termites. I can imagine something like a termite or ant colony that gets really intelligent," the astrobiologist says, noting than even on Earth, clever brains come in a wide variety of packages ranging from dolphins and primates to octopuses and squid.

That provocative question is posed by blogger Rod Dreher, who wonders whether 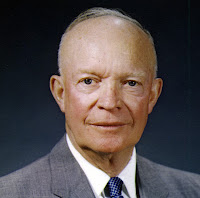 intelligent alien life would be "fallen" in the theological sense. "Would aliens need a messiah?" he asks. "Is the fallenness that is part of postlapsarian human nature something that runs through all of creation, or only the human race?"

Hmm. (And by all means read the comments to his post.)

How will a General Artificial Intelligence take over the world? Do we already have such a thing? Should we be worried about it? What if it happens? Is it possible that such a thing already exists and we are not aware of it? Can we stop it? This article goes humanity in depth to analysing the theme to get answers to these questions