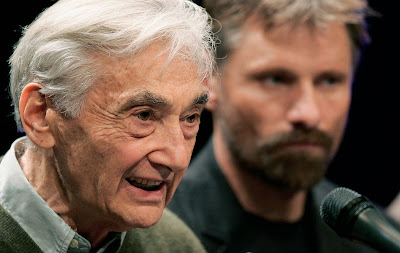 If those in charge of our society -- politicians, corporate executives, and owners of press and television -- can dominate our ideas, they will be secure in their power. They will not need soldiers patrolling the streets. We will control ourselves.
-- HOWARD ZINN
We'll never know if the recent U.S. Supreme Court ruling giving corporations the right to buy elections was the final straw, but it must have been a bitter coda to the long life of Howard Zinn, whose death on Wednesday from a heart attack brought a sudden end to the career of an extraordinary historian and political activist.

Zinn, who was 87, drew on his deep intellect and senses of morality and modesty to play influential 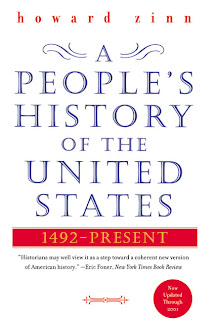 roles in two of the seminal events of my lifetime -- the civil rights movement and opposition to the Vietnam War.

Meanwhile, his revisionist A People's History of the United States (1980) gave voice to the experiences of blacks, women, Indians and blue-collar workers usually neglected by historians. The book remains a bestseller and is the American history text of choice in some schools although Zinn is viewed with loathing by conservatives comfortable with the hackneyed traditional portrayal of the slave-holding Founding Fathers and the American experience as viewed through a white racial (and sometimes racist) lens.

Zinn acknowledged that he was not trying to write an objective history or a complete one.

"There's no such thing as a whole story; every story is incomplete," he said. "My idea was the orthodox viewpoint has already been done a thousand times."

* * * * *
Zinn was born in New York City on August 24, 1922 to Jewish immigrants, Edward Zinn, a waiter, and Jennie Rabinowitz, a housewife. He attended New York public schools and was 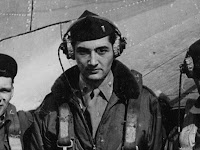 working in the Brooklyn Navy Yard when he met Roslyn Shechter, whom he married in 1944. She died in 2008.

He joined the Army Air Corps and served as a bombardier during World War II and was awarded the Air Medal, but found himself questioning what it all meant. After the war, Zinn worked at a series of menial jobs until entering New York University on the GI Bill as a 27-year-old freshman. He worked nights in a warehouse loading trucks to support his studies. He received his bachelor’s degree from NYU, followed by master's and doctoral degrees in history from Columbia University.

Zinn was an instructor at Upsala College and lecturer at Brooklyn College before joining the faculty of Spelman College in Atlanta in 1956, where he served as history department chairman at the historically black women's institution. Among his students were novelist Alice Walker, who called him "the best teacher I ever had." 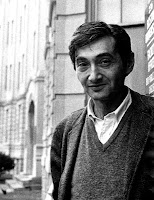 He inevitably become involved in the nascent civil rights movement, serving on the executive committee of the Student Nonviolent Coordinating Committee, the most aggressive civil rights organization of the time, participated in numerous demonstrations, and in typical Zinn fashion encouraged his black students to request books from segregated public libraries. (Spelman later fired him for insubordination -- his criticism of the college administration's antipathy toward the civil rights movement.)

Zinn became an associate professor of political science at Boston University in 1964 and was named full professor in 1966.

The focus of his activism became the Vietnam War. Zinn spoke at innumerable rallies and teach-ins and drew national attention -- and considerable criticism -- when he and the Rev. Daniel Berrigan, another leading antiwar activist, went to Hanoi in 1968 to receive three prisoners released by the North Vietnamese.

He published two books on the war -- Vietnam: The Logic of Withdrawal (1967) and Disobedience and Democracy (1968).

In 1988, Zinn took early retirement to concentrate on 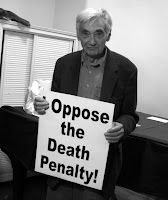 On his last day at Boston University, he ended class 30 minutes early so he could join a picket line and urged the 500 students attending his lecture to come along. A hundred did.

As Zinn wrote in his autobiography, You Can't Be Neutral on a Moving Train (1994):

"From the start, my teaching was infused with my own history. I would try to be fair to other points of view, but I wanted more than 'objectivity'; I wanted students to leave my classes not just better informed, but more prepared to relinquish the safety of silence, more prepared to speak up, to act against injustice wherever they saw it. This, of course, was a recipe for trouble."

It also was a recipe for years of rancor with John Silber.

Zinn twice helped lead faculty votes to oust the Boston University president, who in turn once accused him of arson (a charge he quickly retracted) and cited him as a prime example

of teachers "who poison the well of academe."

Among Zinn's credits are a cameo appearance in the film Good Will Hunting (1997). The title character, played by Matt Damon, lauds A People’s History and urges Robin Williams’s character to read it. Damon, who co-wrote the script, was a neighbor of the Zinns growing up.

Bruce Springsteen also was a fan and has said his bleak Nebraska album (1992) was inspired in part by A People’s History.

"Howard had a great mind and was one of the great voices in the American political life," said Ben Affleck, also a family friend growing up and Damon's co-star in Good Will Hunting. "He taught me how valuable -- how necessary -- dissent was to democracy and to America itself. He taught that history was made by the everyman, not the elites. I was lucky enough to know him personally and I will carry with me what I learned from him -- and try to impart it to my own children -- in his memory." 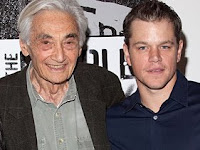 of the Barack Obama administration.

"I’ve been searching hard for a highlight," he wrote, but said that he wasn't disappointed because he never expected a lot from the president.

"I think people are dazzled by Obama's rhetoric, and that people ought to begin to understand that Obama is going to be a mediocre president -- which means, in our time, a dangerous president -- unless there is some national movement to push him in a better direction."

It was classic Howard Zinn.