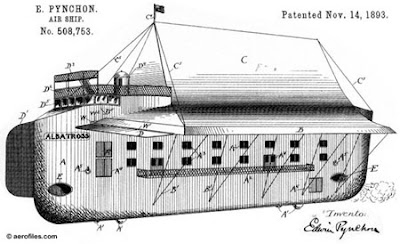 I started reading Against the Day, Thomas Pynchon's latest magnus opus, in early May. The Dow Jones Industrial Average stood at 13,136, the New York Mets led the National League East and 3,361 Americans had died in . 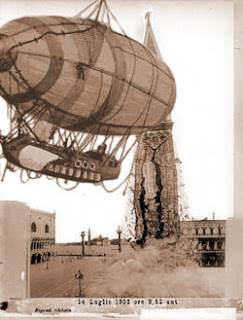 led the National League East and 3,776 Americans had died in .

Very little seems to have changed, right? But if you muck around beneath the surface, a whole lot has changed if you know how and where to look. This is an ongoing subtext of Against The Day (Penguin, 2006), a brilliant and funny book that reveals its major themes only gradually – for me about 250 pages on -- after innumerable side trips and cul de sacs that are patches in a crazy quilt of a sweeping narrative with a huge cast of characters and a stage that stretches from the Colorado coal fields to the 1892 Chicago World's Fair to Constantinople and beyond in the run-up to World War I.

Getting as far into Against the Day as I did, let alone finishing it (I did read four or five other books in between) is an accomplishment even for this well-read reviewer. 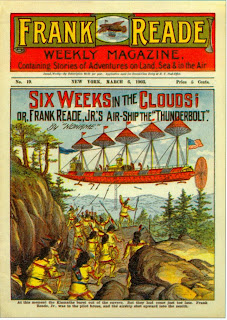 rather large and bright explosion. In fact, there are any number of kabooms in Against the Day, including a tornado named Thorvald that keeps striking the same Midwestern college town in exactly the same way over and over again, the fanciful collapse of the campanile of the Basilica San Marco in Venice after it is hit by a destructive beam fired from a high-tech hydrogen–powered airship piloted by the Chums of Chance, a troupe of adventurous lads straight out of pulp novels, to the very real Tunguska Event in Siberia in 1908 that leveled more than 800 square miles of trees. The incident is attributed to the explosion of an asteroid a few miles above earth, while some conspiracy theorists say – and Pynchon plays off of – the possibility it was triggered by a transmission from an early radio tower by wireless pioneer Nikola Tesla, who was trying to impress Arctic explorer Robert Peary.

The primary characters are the children of Colorado anarchist Webb Traverse: sons Kit, a 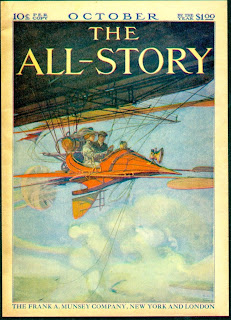 Yale-educated mathematician; Frank, an engineer who joins the Mexican revolution, and Reef, a cardsharp and explosives expert, as well as daughter Lake, whose numerous affairs of the heart inevitably turn out . . . well, you’ll just have to read the book.

Summing up this monster of a book is like trying to herd cats. But at the end of the day Against the Day is about mankind’s efforts – which range from the scientific to the hallucinatory to the comical -- to transcend mortality. At least I think it is.