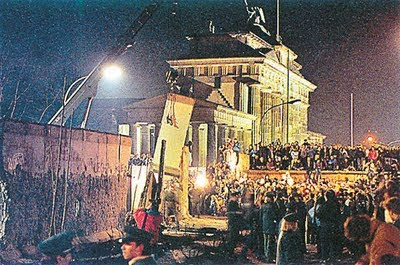 Here we go again. Yet another extraordinary failure on the part of the Central Intelligence Agency, this time its big-time ball dropping in the Undiebomber incident.

In fact, if the CIA was a major-league baseball team, its record in

its 100 biggest games would be something like 5 and 95. That's right, a mere five wins in a 62-year history, which is as compelling an argument as any for telling Dick Cheney and other right-wing crybabies to shut the frick up about how the Obama administration reacted to the Undiebomber.

There has been criticism across the political spectrum for the president refusing to take punitive action against Homeland Security czarina Janet Napolitano and others, while my suggestion is this: Let's pass the hat to pay for digging a big hole down at CIA headquarters in Langley, Virginia, and bury this sad sack and obsolete agency once and forever.

Now that I've gotten that off my chest, let's debunk the claims of CIA sycophants that many of its successes are secret. That's horse hockey, which pretty much leaves us with these: 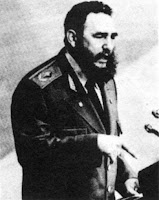 the rise of the Taliban).

Moving right along, these are but a few examples of the CIA's overarching incompetence:

* Failing to anticipate and warn about the 1950 Chinese invasion of .

* Failing to anticipate and warn about the 1959 takeover of by Fidel Castro.

* Failing to anticipate and warn about the 1963 Cuban missile crisis.

Failing to anticipate and warn about the strength of and support for the North Vietnamese and Viet Cong in the 1960s.

* Failing to anticipate and warn about the 1998 explosion of a nuclear bomb by India, which remade the balance of power in South Asia.

* Failing to anticipate and warn about the 9/11 attacks.

* Failing ascertain that that the pre-2003 invasion claims of Saddam Hussein that he had WMD were false. (The State Department's tiny intelligence unit got it right. And was ignored.)

And my all-time fave: Finding out that the Soviet Union had collapsed and the Berlin Wall was coming down on CNN.

Fact of the matter is, a decade into the new millennium the National Security Agency and other intelligence groups have pretty much marginalized the CIA's usefulness and where the agency could make a difference -- 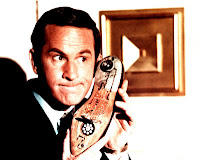 humint (as in human intelligence) it has been and continues to be a scandalous failure.

As Tim Weiner wrote in Legacy of Ashes: The History of the CIA:

"For sixty years tens of thousands of clandestine service officers have gathered only the barest threads of truly important intelligence -- and that is the CIA's deepest secret. Their mission is extraordinarily hard. But we Americans still do not understand the people and the political forces we seek to contain and control. The CIA has yet to become what its creators hoped it would be."

Indeed.
In addition to incompetence, however, there is, to put it mildly, to total politicalization of targets, at the expense of defending the U. S. people. Latest example: the extra pat-downs to those flying in from Cuba, one of the least likely countries to be acquiescing, much less encouraging, terrorists to use Cuba to invade the USA. Cuba has been the target of US-based and even sponsored terrorism. Google Jorge Mas Canosa and Luis Posada Carriles.