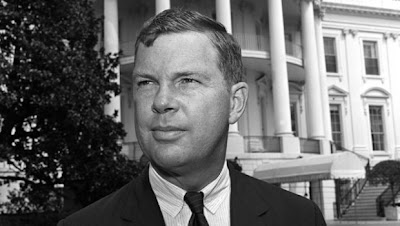 As self-unaware as this may seem, I didn't realized until hearing of his death that the journalist that I had modeled myself most closely after was the legendary New York Times op-ed columnist, who died on Friday of an apparent heart attack at his Vermont home.

During the 25-year run of his column, “In the Nation,” Wicker never courted controversy but he never shied away from it. He was an iconoclast and his politics were liberal, but that did not prevent him from turning his praise for President Johnson for pushing the Civil Rights Act of 1964 and Voting Rights Act of 1965 to bitter condemnation for the ever deepening American involvement in Vietnam. Jimmy Carter got both barrels of the Wicker shotgun for his poor stewardship of the economy and Iran hostage crisis. President Nixon put him on his “Enemies List” and President Bush the elder was roundly condemned for letting the Persian Gulf War take precedence over education and social programs.

I rose through the newspaper business from being a lowly obituary writer to beat reporter, then rewrite man, city editor and investigative editor in part because of my ability to think on my feet.

Wicker vaulted to prominence overnight because of his extraordinary coverage of the assassination of President Kennedy. He dictated the searing images of the day — the rifle shots across Dealey Plaza, the wounded president lurching forward in his limousine, the high-speed drive to Parkland Memorial Hospital, and the doctors there giving way to priests — from a phone both. Like myself, Wicker valued stark but detailed prose.

I grew up in a household where Sundays revolved around The Times, back then a behemoth that ran to as many as 20 sections and sometimes weighed as much as 10 pounds.

Wicker was a must read as a teenager who aspired to be a journalist, and he was a breath of fresh air compared to his op-ed predecessor, the fusty Arthur Crock, who had covered every president since Calvin Coolidge and was long past his prime.

Wicker sometimes allowed himself to become part of a story, most notably when 1,300 inmates seized 38 guards and workers at Attica prison in upstate New York in September 1971.

Having written a sympathetic column on the death of the black militant George Jackson at San Quentin, Wicker acceded to a plea by the rebellious inmates to join a group of outsiders to inspect prison conditions and monitor negotiations between inmates and officials. The negotiations ended more or less peacefully but then state officials reneged on their promises.