Republican Wannabes Are Alienating Voters, Not Closing The Deal With Them 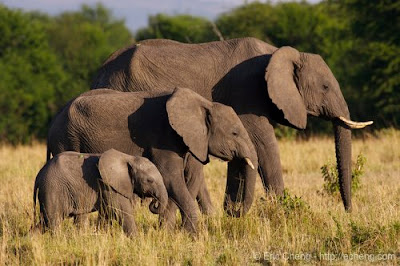 If Barack Obama is as awful a president as the Republican presidential wannabes claim, then why is he leading all of them in the polls despite the fact that three out of every four voters believe that American is on the wrong track?

That's easy: People are starting to pay attention to what these candidates are saying and they don't like what they're hearing, which may account for the meteoric falls of Donald Trump, Michele Bachmann, Rick Perry and now Herman Cain. It wasn't supposed to be that way, and in fact only two months ago Obama came out on the short end in a hypothetical match-up with a generic, unnamed Republican.

The biggest reason, as Eugene Robinson writes in The Washington Post, is that the candidates, following the lead of the party's congressional big shots, is tone deaf when it comes to the economy. They also have not taken to heart the real lesson of the 2010 midterm elections -- that the GOP victories were not a mandate for the party but disgust with Washington in general -- and seem to believe that Obama can be ousted by vilifying him, not offering workable alternatives to his economic policies.

The candidates' own prescriptions for fixing the ailing economy in never ending debate appearances are the usual combination of tax cuts across the board and deregulation of Wall Street, precisely the two things that George Bush promoted that tanked the economy in the first place. It's hard to judge who is more screwed up here -- the candidate or the party. I myself will settle for a tie.

"It is an 'Animal House.' It's a food fight," Kenneth Duberstein, a chief of staff to President Reagan, told The New York Times. "Honestly, the Republican debates have become a reality show. People have to be perceived as being capable of governing this country, of being the leader of the free world."

And isn't it rich that Newt Gingrich has surged in the polls and become the latest Tea Party darling? Rich because Gingrich represents all that Tea Partiers despise: An imperious, heavy-handed grifter with a Me First Always mentality who only last May called Paul Ryan's Medicare reforms "right-wing social engineering." It's hard to judge who is more screwed up here -- the candidate or the party. I myself will settle for . . . another tie.

Meanwhile, back in Washington the bi-partisan (sic) supercommittee charged with coming up with a deficit-reduction compromise by next Wednesday is making a hash of things.

Democrats are reluctant to put popular entitlement programs like Social Security, Medicare and Medicaid on the chopping block, while Republicans continue their lip lock with the 1 percenters that Occupy Wall Street protesters have been railing about and want no part of raising taxes on them or closing the loopholes that enable them to skate on their obligations in a way no middle class family can.

Yes, the referendum on the Obama presidency is still a year away, but Republicans are not merely not closing the deal with voters, they seem to be alienating more of them by the day.

House for Sale at Paseo De Magallanes Makati said...
This comment has been removed by a blog administrator.
1:08 AM