And Jane Austen Was Poisoned. Maybe. 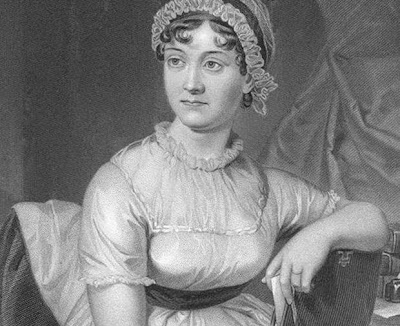 Jane Austen's untimely end at the age of 41 has long been a cause for speculation among historians.

Austen, the author of classics including Pride and Prejudice and Sense and Sensibility, may have died of arsenic poisoning, according to a crime writer who has reviewed the last letters of the British novelist.

The crucial clue lies in a line written by Austen a few months before her mysterious death in 1817.

Describing weeks of illness she had recently experienced, Austen wrote: "I am considerably better now and recovering my looks a little, which have been bad enough, black and white and every wrong colour."

According to Lindsay Ashford, a British crime writer, the description matches the symptoms of arsenic poisoning, "which causes skin spotting if taken in small doses over a long time."

The crime writer strengthened her theory when she learned that a lock of Austen's hair bought at an auction in 1948 by a now deceased American couple, had tested positive for arsenic.

"The arsenic in Jane’s hair meant that she had ingested the poison in the months before her death," Ashford said.