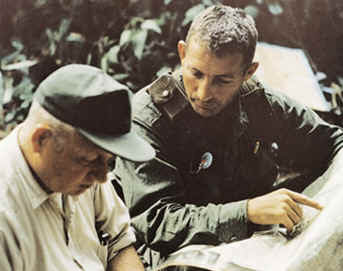 Formed and deployed tiger force. He would have been something else if they would have allowed him to operate.

Who cares about who has the most decorations? That is a tally that I don't think Hackworth gave a damn about. Most combat veterans know that a lot of warriors do not get anything for their valor and sacrifice. Why? Because they or the others who witness the acts of valor don't survive or are too busy doing their jobs to remember someone's heroics. That is why Hack considered his CIB his most important medal. The "most decorations" is only important to people who have never had to fight and serve. Ask Audie Murphy, Sgt York, etc. I have never heard a true hero bring up the subject.

The title is throwing me, a bit. What is the 'disgraceful' part of the story?

Having recently finished, 'About Face', I did not catch the 'exceedingly ambitious' part. I caught plenty of Hack getting recognized for what he accomplished and nothing at all for many actions, each of which would be worthy of documentaries and intense study in excellence in leadership.