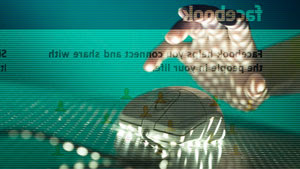 As is the case with every other social networking trend since Sadie Hawkins Day at Camp Arrowhead when I was in my early teens, Facebook just isn't my style. I find the concept tedious, an open invitation to piss off a spouse or employer, and in the wrong hands a nifty way to violate someone's privacy and perhaps even put them or their bank account at risk.

But you have to go pretty far to beat the experience of Nathalie Blanchard, a 29-year-old Canadian woman who is in big trouble because of Facebook.

It seems that Blanchard went on leave from her job at IBM a year and a half ago after being diagnosed with "major depression." Manulife, her insurance company, had been paying out monthly sick leave checks as part of her benefits package until she posted photos to her private Facebook profile of her having fun at her own birthday party.

Manulife apparently decided that people diagnosed with depression shouldn't be having fun because it pulled Blanchard's benefits without notice.

When Blanchard protested the action, Manulife -- not her doctor -- said she appeared to be "available to work" because of the Facebook posting. In fact, Blanchard noted, her doctor had recommended that she go out and socialize, while her attorney said that he didn't think that Facebook was a very good tool for judging someone's mental state.

Then there is the issue of Manulife using social networking sites to investigate its clients, let alone snooping around in was was supposed to be a locked-down profile that only individually approved friends can access. Perhaps one of Blanchard's friends is a snitch.

The moral of this story, kiddies, is that if you want to keep your affairs from prying eyes, stay the fuck off of Facebook. And if you think Facebook is a life then you need to get one.

I find facebook to be a super way to 'live next door' to my far-flung family members. The children of my brothers and sister are avid users and I get to engage in their day to day in a way Aunt Nancy otherwise would have missed.

If you got nuttin' to hide, don't fear facebook...

The unfortunate action by your subjects' insurance company has plenty of legs and doctor's notes to bring her some justice. That example's a doozy but hardly touches on the amazing ability for facebook to connect one with loved ones in song, word and deed when they live a quarter of a globe's breadth away.