America's Soul & Health-Care Reform: The Devil Is In D.C., Not In The Details 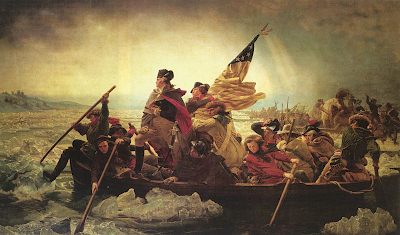 Although the media, lobbyists, Joe Lieberman and even Nancy Pelosi may not see it my way, the debate over reforming the dysfunctional health-care system is been nothing less than a battle to define America's soul.

A decade into the new millennium, the U.S. remains the 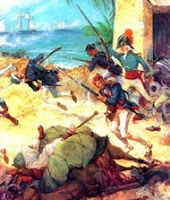 only industrialized country that allows a large percentage of its men, women and children to go uninsured while those who are fortunate enough to be insured pay through the nose. Canada, France, Germany and Japan, to name but a handful of nations with universal coverage coverage, have systems that have the inevitable warts, but overall they work very well.

Among the actors in this battle are Republicans and a few Democrats who not only are beholden to the billions of dollars in contributions from the health-care lobby but simply do not believe that being able to get help when you or your children get sick or come down with a life-threatening disease is a right like an education or voting. 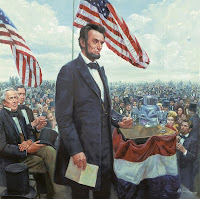 Other actors are Democrats who believe in reforming the system, but only in ways that will not impact too harshly on the hands that reliably feed them each election cycle: Big Pharma, insurance companies and hospital systems more concerned with profits than quality of care.

Finally there are the Democrats who believe in nothing less than universal care, but know that as hard as they may try to shoot the moon, they will fall short and success must be judged by how many more people would be insured than the other major goal of reform -- reducing out-of-control costs. 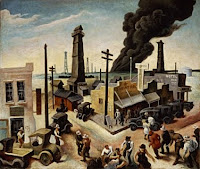 While a large majority of Americans tell pollsters that they support health-care reform and that they support reform with a public option, that support wanes when they learn that they will be required to buy health insurance from their employer or a new insurance exchange or pay a penalty.

Such a so-called mandate is necessary for a couple of fundamental reasons that explain why enacting reform has been so damned difficult:

People who are uninsured tend to be less healthy and suffer more severe illness. They end up in emergency rooms, which drives up costs. But reforms won't work

unless nearly everyone carries insurance because if there aren't a large number of healthy people then the costs through an insurance exchange will be too high.

* * * * *
After months of criticizing the Democrats' health-care proposals without offering one of their own, House Republicans will unveil legislation this week that to no one's surprise will be too little too late and too light on real reform.

GOP leaders are unable to say how much their bill would 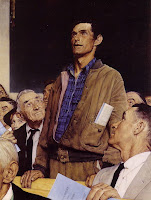 cost or how many Americans would be insured under their plan, but it will not bar insurance companies from denying coverage to people with preexisting conditions nor will it give individuals income tax credits to buy them insurance, which the Democrats bills in both the House and Senate do.

Republican sentiments were nicely summed up by Representative Virginia Foxx of North Carolina, who in a speech on the House floor revealed herself to be a soulless one.

"I believe that the greatest fear that we all should have . . . to our freedom comes from this room, this very room, and what may happen later this week in terms of a tax increase bill masquerading as a health-care bill," Foxx declared. "I believe we have more to fear from the potential of that 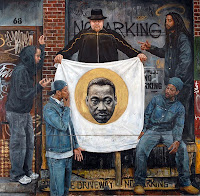 bill passing than we do from any terrorist right now in any country."

And so this is the state of play one year to the day after Barack Obama was elected with the promise that he would work tirelessly to reform the health-care system. That he has, but what transpires in the coming weeks will tell us much about where his and our other leaders priorities -- and their souls -- really lie.

Hi. As a Canadian I must admit that our health care insurance system is not perfect, but, yes, it works very well: It is much less costly than the current US system and there is 100% coverage in Canada. I understand that a health insurance reform is very needed in the US, but I don't think that the reform introduced by the Fed will help much. In my opinion, the more the government is involved the worse for the people.
Take care,
Lorne