Some Musings On The Writerly Life

I have written perhaps 12,000 pieces in my writerly life and that's just a rough guess. But I do know that the most difficult thing I ever 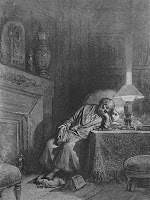 wrote was among the very shortest -- album liner notes for a rock band. The next hardest is by far the longest thing that I've ever written -- a forthcoming book.

To novices or non-writers, these polar opposites of 500 words and 50,000 might seem paradoxical. Why is writing short more difficult than writing long?

In the instance of those liner notes, for two reasons: Most notably, because confining oneself to a few well chosen words is far more difficult than prattling on at length.

But there also is a second reason specific to this task: Writing well about music is extremely challenging even for someone like myself who surrounds himself with it. The brain's processing of aural stimuli is one thing, but describing that stimuli in the King's English is quite another.

Central to this effort -- titled The Bottom of the Fox: A True Story of Love, Devotion & Cold-Blooded Murder -- is the 1981 murder of popular bar owner and community leader in the Pennsylvania Poconos that investigators didn't give a crap about

solving because by their crude social calculus he was from the wrong side of the tracks.

That murder has led me to three others -- two also unsolved and the third lacking a believable motive -- but every time I have pronounced my tome ready for prime time I get a new piece of information that sends me back out into the field or some musty courthouse archive.

That has been the easy part.

The hard part has been trying to maintain enough emotional detachment from my primary victim, whom I now feel like I know very well and admire deeply, to be able to sift and assess information in a

This has been made harder still because while there are a lot of good cops out there, the detectives who investigated the four murders ranged from indifferent to incompetent in all but one case.

I have to be fair to the cops, but my primary allegiance is to my victims.

Falling between the extremes of liner notes and a book is blogging. As Kiko's House closes in on its fourth anniversary I'm closing in on 7,500 posts. I kid you not. 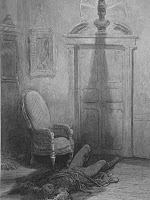 Many of these have been throwaways, but I've been fairly successful in maintaining a pretty high level of original content, not to mention edgy opinionating. I couldn't have have done this without your support -- and we're talking readers from over 150 countries, territories and Milwaukee.

Which is why I am honored to again be nominated for an annual Weblog Award in the Best Individual Blogger category. Thanks, folks.

Shaun, I for one wish to thank you for your writing. Always interesting (even when you're writing about something I wouldn't normally be interested in.) Unlike most bloggers, you've made it a craft.
Again, thanks!

This is a daily stop for me. As your side bar says, it does indeed seem you were born to do this. The variety of subject matter is great.