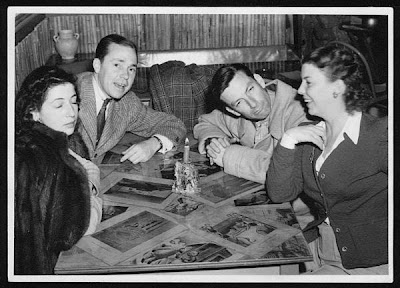 Ginger and Johnny Mercer, Hoagie and Ruth Carmichael (1938)
What do "You Must Have Been a Beautiful Baby," "Jeepers, Creepers!," "And the Angels Sing," "Fools Rush In," "That Old Black Magic," "Skylark," "Laura," "Come Rain Or Come Shine," "Autumn Leaves," "Satin Doll," "Something's Gotta Give," 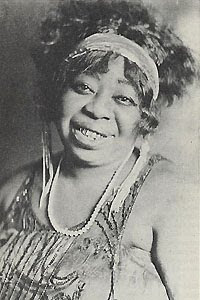 "Day of Wine and Roses" and "Moon River" have in common?

All are among the very finest songs in the Great American Songbook. And all were written by Johnny Mercer, who wrote more songs better than anyone, at least 1,000 in all.

With the 100th anniversary of Mercer's birth is being celebrated with events in his hometown of Savannah, Georgia, at jazz hot spots and on radio stations around the world, it's worth exploring why Mercer was so preeminent.

One key is that among the great Songbook composers, Mercer was virtually alone in having been thoroughly imbued with black music and culture from his earliest years. This is not to take anything away from an Irving Berlin or Cole Porter, but into many of Mercer's finest songs -- both as a lyricist and composer -- are deeply etched memories of his black playmates, black church choirs and the stories that black fishermen and merchants told him, often in a Creole dialect known as "Geechee." 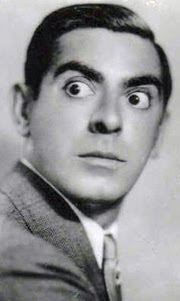 And yes, that incredible black sense of rhythm.

* * * * *
John Herndon Mercer was born on November 18, 1909 to a prominent attorney and real estate developer with a lineage dating back to a Revolutionary War general and his then second wife, who was the daughter of Croatian-Irish immigrants.

Mercer attributed his love of music as a small child and his talent for it to his mother, who would sing sentimental ballads, and he was said to be humming music long before he could talk. The well-to-do family also had a vacation home on the tidal waters of Georgia and the imagery of moss-covered trees and starry nights in many of his songs derive from the long summers he spent there.

Extraordinarily, Mercer had no formal musical training and eventually developed his own system of notation. He was singing in a choir by age six and by age 11 had memorized almost all of the songs he heard. From the outset, his talent was 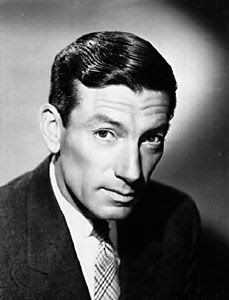 clearly in creating lyrics and not singing or playing the music, although he did both of those things fairly well.

Mercer was a product of the Jazz Age and his early favorites include black jazz greats like Ma Rainey and Louis Armstrong.

The blurb next to Mercer's photograph in his senior high school yearbook read "No orchestra or new production can be authoritatively termed 'good' until Johnny's stamp of approval has been placed upon it. His ability to 'get hot' under all conditions and at all times is uncanny."

Young Mercer was destined for Princeton University, but his father suffered financial setbacks in the late 1920s. He went to work collecting rents and running errands, but soon grew bored and escaped Savannah for New York City where Harlem and Broadway were in full flower with the music of Berlin, Porter and George and Ira Gershwin. 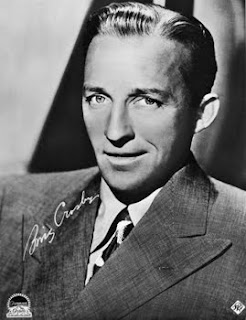 He worked as a bit-part actor and then took a job in a brokerage house, but he was happiest singing and writing lyrics with the aid of the beat-up piano in his Greenwich Village apartment.

Eddie Cantor soon became Mercer's songwriting mentor, and although the famous singer-actor-songwriter didn't use any of his songs, he encouraged his career and introduced him to chorus girl Ginger Meehan, whom he was to marry in 1931.

Mercer's first song was published in 1929 and recoded by Joe Venuti and His New Yorkers.

In 1932, Mercer won a contest to sing with Paul Whiteman's orchestra, but this didn't help his struggling career. Meeting Hoagie Carmichael, already famous for the great (and my favorite) standard "Stardust" did. Together they wrote "Lazybones," which earned them 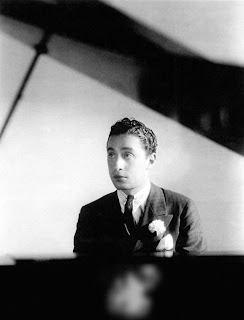 Mercer's career finally took off in 1935 when followed his idol Bing Crosby to Hollywood. The movie studios were looking for the kind of stand-alone songs -- as opposed to stage revenues -- that he preferred writing, and began cranking them out by the dozens, at first mostly for B-musicals.

His first big Hollywood hit was "I'm An Old Cowhand from the Rio Grande," which he both wrote and composed for Crosby for Rhythm on the Range in 1936. Soon to follow were "Good Good," "Too Marvelous for Words," "Horray for Hollywood" and "Jeepers Creepers," which earned Mercer his first Oscar nomination for Best Song.

In 1939, Mercer wrote the lyrics to a melody titled "And the Angels Sing" by Ziggy Elman, a trumpet player with Benny Goodman. The song with its inspiring lyrics and soaring trumpet solo became a Number One hit. "Day In, Day Out" and "Fools Rush In" soon 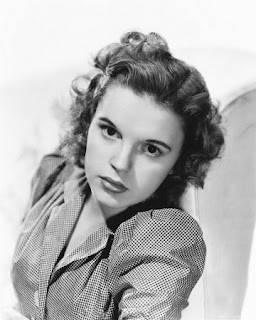 followed, and at one point he had five of the top ten songs on the popular radio show Your Hit Parade.

Mercer always claimed to find Hollywood a boring town, but he became drinking buddies with some of its biggest names and in 1941 began an intense on-again, off-again affair with Judy Garland.

Harold Arlen then entered the scene and proved to be an ideal collaborator with Mercer because of his jazz- and blues-influenced compositions.

Their first of many hits was "Blues in the Night." Many others followed, including "That Old Black Magic" and "Come Rain Or Come Shine," both of which were huge hits for Frank Sinatra. "On the Atchison, Topeka and the Santa Fe" was a smash hit for Garland in the 1946 film The Harvey Girls and won Mercer the first of his four Best Song Oscars. 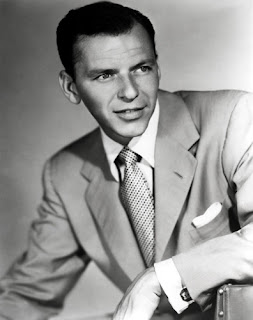 Mercer reunited with Carmichael for "Skylark" (my second favorite standard) and was increasingly asked to write new lyrics to already popular melodies, including "Laura" and "Satin Doll."

While the explosion of rock 'n' roll and the morphing of traditional jazz into bebop cut into Mercer's popularity, his production of hit songs slowed but did not stop. These included "The Glow-Worm," "Something's Gotta Give," "Days of Wine and Roses" and "Moon River," as well as the Tony Bennett classic "I Wanna Be Around" and the Sinatra hit "Summer Wind."

When Mercer died in 1976 at age 67, "And the Angels Sing" was inscribed on his tombstone.

* * * * *
Michael Bourne will celebrate the Mercer centenary this Sunday from 10am to 2pm EDT on his fabulous Singers Unlimited show on WBGO-FM. Click here to webstream the broadcast.