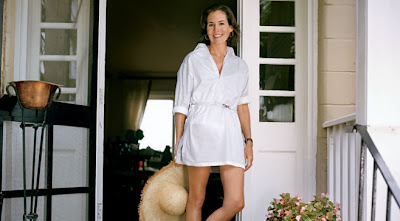 There is an uncomfortable truth about women like Hillary Clinton and Elizabeth Edwards whose famous husbands cheated on them, and in the case of John Edwards almost certainly fathered a child out of wedlock.

That is that no matter how much you might admire Mrs. Clinton for her brains and fortitude and 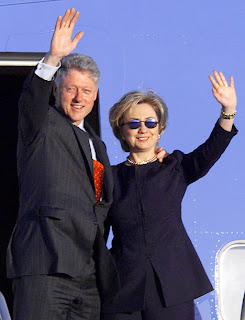 Mrs. Edwards for her brains, fortitude and a battle against cancer that she ultimately will lose, both women worshiped at the altar of political prominence and power, so much so that they overlooked clear evidence of their husbands' violation of their wedding vows. Furthermore, they contributed to their husbands' phony public personas as straight arrows and then circled their own wagons when confronted with the truth.

Then there is Jenny Sanford, who in a new Vogue profile seems so refreshingly down-to-earth that your initial reaction is to cynically exclaim that her media consultants have done a really good job. Then you realize she doesn't have any consultants nor did she huddle with spin doctors before or after giving her husband, South Carolina Governor Mark Sanford, the heave-ho when the bum lied about hiking the Appalachian Trail. And then when his affair with an Argentine firecracker was revealed refused to give her up for the good of his wife and four sons.

Finding evidence of the affair last January in a stack of papers was, she says, a shock. 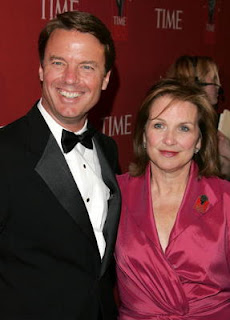 "It never occurred to me that he would do something like that. The person I married was centered on a core of morals. The person who did this is not centered on those morals." She calls the further revelations about "crossed lines with other women" nothing short of "punches to the gut." The only explanation that makes sense to her is that her husband is in thrall to an addiction as potent as the one cast by any drug. "Over the course of both pastoral and marriage counseling, it became clear to me that he was just obsessed with going to see this woman. I have learned that these affairs are almost like an addiction to alcohol or pornography. They just can’t break away from them."

* * * * *
"I think" -- she chooses her words carefully -- "my husband has got some issues that he needs to work on, about happiness and what happiness means. You wish it wouldn’t come to a crisis like this, but I think when a lot of men get to this midpoint in life, they start asking questions that 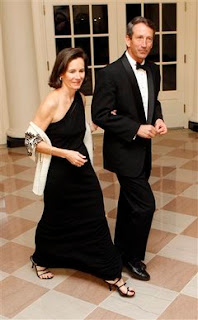 they probably should have asked a long time ago." A former investment banker and a stay-at-home, full-time mother, Sanford doesn’t share her husband’s angst. "Midlife aging is different for men than for women," she says. "Mark is worried about what his next job is. He worries about making money, running for office again, his legacy. I know my legacy is my children. I don’t worry about that."

* * * * *
The question is why some men -- specifically, male politicians -- don't seem to understand how extramarital affairs poison both careers and families. Having watched the species up close all these years, Sanford has a theory. "Politicians become disconnected from the way everyone else lives in the world. I saw that from the very beginning. They'll say they need something, and ten people want to give it to them. It's an ego boost, and it's easy to drink your own Kool-Aid. As a wife, you do your best to keep them grounded, but it’s a real challenge."

* * * * *
For now, the first lady of South Carolina is groping for the high road and trying to 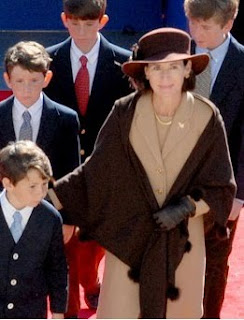 keep an open mind. "If you don’t forgive," she says, "you become angry and bitter. I don't want to become that. I am not in charge of revenge. That's not up to me. That's for the Lord to decide, and it's important for me to teach that to my boys. All I can do is forgive. Reconciliation is something else, and that is going to be a harder road. I have put my heart and soul into being a good mother and wife. Now I think it's up to my husband to do the soul-searching to see if he wants to stay married. The ball is in his court."

Top photograph by Jonathan Becker for Vogue
Posted by Shaun Mullen at 12:30 AM
Email ThisBlogThis!Share to TwitterShare to FacebookShare to Pinterest

That is that no matter how much you might admire Mrs. Clinton for her brains and fortitude and Mrs. Edwards for her brains, fortitude and a battle against cancer that she ultimately will lose, both women worshiped at the altar of political prominence and power, so much so that they overlooked clear evidence of their husbands' violation of their wedding vows.

I think—and I have absolutely no evidence one way or the other—it's possible that in the case of the Clintons, at least, there was a tacit agreement that, provided he was discreet about it, she would look the other way. (It seems obvious there was certainly no such agreement with the Edwardses.)

As a married guy, I cannot imagine being part of such an arrangement. But I've got at least two acquaintances who seem to do okay with that sort of marriage. Again, I can't wrap my head around it. But that doesn't mean they don't exist.