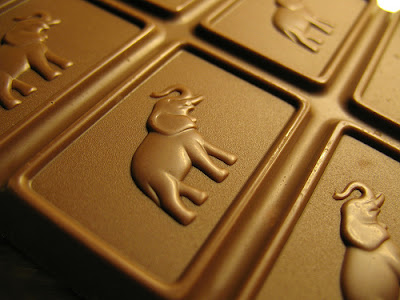 The FDA is entertaining a "citizen's petition" to allow manufacturers to substitute vegetable fats and oils for cocoa butter.

The "citizens" who created this petition represent groups that would benefit most from this degradation of the current standards. They are the Chocolate Manufacturers Assn., the Grocery Manufacturers Assn., the Snack Food Assn. and the National Cattlemen's Beef Assn. (OK, I'm not sure what's in it for them), along with seven other food producing associations.

The Iraqi government has refused to provide the United Nations with civilian casualty figures for its latest report on the hardships facing Iraqis, the U.N. said Wednesday, but numbers from various ministries indicate that more than 5,500 people died in the area alone in the first three months of this year.

Gen. David Petraeus, the top commander in , said Thursday that conditions in may get harder before they get easier and will require ''an enormous commitment'' over time by the .

Speaking as the Senate debated veto-threatened legislation to start bringing home forces in October, Petraeus called the war there ''the most complex and challenging I have ever seen.''

The four-star general . . . cited some progress in the two months since the troop increase began. Still, he said, ''there is vastly more work to be done across the board. . . . We are just getting started with the new effort.''

He avoided commenting directly on the legislation before the Senate . . . but his comments made it clear that his war plan did not include a significant reduction of U.S. forces anytime soon.

If Mr. Bush has problems with the withdrawal dates Congress proposes, those can be negotiated. But if he refuses to insist on policy changes from Baghdad and acts as if American troops can stay in Iraq indefinitely, he throws away all leverage. That invites the worst kind of endgame: more chaos inside Iraq and, we fear, more chaos for the region when American troops leave, as they inevitably will.

George J. Tenet, the former director of central intelligence, has lashed out against Vice President Dick Cheney and other Bush administration officials in a new book, saying they pushed the country to war in without ever conducting a “serious debate” about whether Saddam Hussein posed an imminent threat to the .

A U.S. Army officer who was commander of a military prison in Iraq has been charged with giving a cell phone to suspected insurgents who were detained there, a charge described as "aiding the enemy." Lt. Col. William H. Steele, who was commander of the U.S. Army's , also was charged with having an improper relationship with a detainee's daughter and an interpreter and possessing pornography.

The Justice Department has asked a federal appeals court to impose tighter restrictions on the hundreds of lawyers who represent detainees at , and the request has become a central issue in a new legal battle over the administration’s detention policies.

A civil rights lawyer convicted of helping an imprisoned terrorist sheik communicate with his disciples has been disbarred.

You know that saying, "If it walks like a duck, it probably is one"? Here's the best way to think about [the] oral argument in FEC and John McCain v. Wisconsin Right to Life: Approximately half the court feels that a political advertisement that opens with an unflattering picture of Candidate X, details her views on Issue Y in ominous tones (often to the sound of drumbeats and slamming prison doors), and then urges you to call Candidate X and "tell her how you feel" will probably affect an upcoming election. And so if it walks like a duck, it should be given the duck treatment and banned under a provision of the 2002 McCain-Feingold campaign-finance law that tried to get big money out of the business of attack ads.

On the other hand, approximately the other half of the court—likely the larger half—thinks the aforesaid ad may or may not be a duck; that there's no meaningful test for duck-ness; that it's not for the courts to define which duck is in fact a duck and which is a swan; and that sometimes something can walk and talk like a duck but in fact be protected free speech. Perhaps not surprisingly, when you frame it this way, Justice Antonin Scalia is one of the staunchest defenders of the duck.

A revolt by lawmakers has blocked Gov. Rick Parry's effort to make Texas the first state to require sixth-grade girls to be vaccinated against a sexually transmitted virus that causes cervical cancer.

In the new book burning we don't burn books, we burn discussion of them instead. I am referring to the ongoing collapse of book review sections at American newspapers, which has accelerated in recent months, an intellectual brownout in progress that is beginning to look like a rolling blackout instead.

The marijuana being sold across the is stronger than ever, which could explain a growing number of medical emergencies that involve the drug.

Analysis of seized samples of marijuana and hashish showed that more of the cannabis on the market is of the strongest grade, the White House and National Institute for Drug Abuse said.

They cited data from the 's Marijuana Potency Project showing the average levels of THC, the active ingredient in marijuana, in the products rose from 7 percent in 2003 to 8.5 percent in 2006.