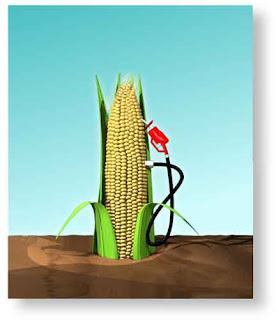 By now most farmers know what they’ll be planting this spring. And all across the country the answer is the same: corn, corn, corn. The numbers are surprising. Farmers will plant some 90.5 million acres of corn this year — 12 million more than last year and the most since 1944. Soybean acres are down by more than 10 percent, and there are similar decreases in wheat and cotton. The reason for this enormous shift is, of course, the ethanol boom and the corn rush it has created.

If it were just a matter of shifting the balance in already planted acreage — more corn, less wheat — a point of economic equilibrium might be found soon enough. The real trouble comes at the edges. This corn boom puts pressure on land that has been set aside as part of the United States Department of Agriculture’s Conservation Reserve Program. Since the mid-1980s, farmers have enrolled some 37 million acres of farmland in the program. This is land that has been returned to nature, and it is part of what Americans pay for through the farm bill. Much of it is unsuitable for crops — too hilly, too wet, too valuable as wildlife habitat — but when corn prices are this high, the idea of suitable changes swiftly.

Iran has pulled off a tidy little success with its seizure and release of those 15 British sailors and marines: a pointed humiliation of Britain, with a bonus demonstration of Iran's intention to push back against coalition challenges to its assets in Iraq. All with total impunity. Further, it exposed the impotence of all those transnational institutions -- most prominently the European Union and the United Nations -- that pretend to maintain international order.


[T]he road to liberal democracy in the Middle East is likely to be extremely disappointing in the near to medium term, and the Bush administration's efforts to build a regional policy around it are heading toward abject failure.

-- FRANCIS FUKUYAMA
Now we know why Pelosi was wearing that head scarf in yesterday. It wasn’t in deference to Muslim tradition. It was to keep her brains from dribbling out of her ears. Obviously, she should have tied the scarf a little tighter given the copious amounts of gray matter that must have oozed out during her visit to the . Or perhaps she should have used a tin foil hat.

Anyone who believes any “assurances” from that murderous thug Assad obviously needs some additional Reynolds Wrap on their tin foil beanie to deflect all the rays marked “stupid” from penetrating their skull.

The top United States intelligence official said that his position lacks the authority needed to run the country’s 16 intelligence agencies.

The official, Mike McConnell, director of national intelligence, said he was responsible for developing agencies’ budgets and ensuring that intelligence employees did not break the law. But many of the agencies are under the control of the Defense and Justice Departments, he said, and the intelligence director has no power to get rid of poorly performing people.

-- BLOOMBERG NEWS
[Instapundit blogger Glenn Reynolds] is a fairly doctrinaire conservative, with just a little socially-liberal trim added to differentiate him from the currently overstocked pool of Bill O’Reilly impersonators. The Perfesser tumbled early to right-wing market realities: for example, that while Rush Limbaugh’s politics was a factor, it was his self-presentation as a callous, self-satisfied douchebag that reminded suburban burghers enough of themselves that they made him a god. But the crafty Perfesser has aimed slightly higher: between newsy bits, he rattles on about high-end coffee-makers and hand dryers and cars, portraying himself very convincingly as exactly the sort of shopaholic dink he wants to draw to his site. They’re a demographic bonanza, after all — moneyed, acquisitive, and fundamentally insecure.

This persona requires another innovation on the Limbaugh formula: while Rush’s white dreamers of disenfranchisement relate well to authority, the Perfesser’s target auditors are a little more urbane and feckless. So while rightwing politics must stay in the mix — one cannot dispense entirely with authority, nor with the narrative of liberal betrayal, lest the audience drift away — it must be a cooler version of rightwing politics, less beefy-faced and sweaty, more accomodating to people who, in the depths of their soullessness, really just don’t give a shit about anything except their own personal comfort and primacy.