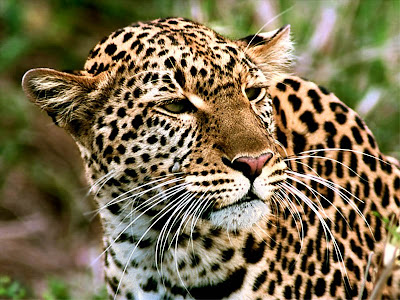 As few of 25 of the graceful Amur leopard survive. More here.

US soldiers are building a three-mile wall to separate one of 's Sunni enclaves from surrounding Shia neighbourhoods. The move is part of a contentious security plan that has fuelled fears of the Iraqi capital's Balkanisation.

When the barrier is finished, the minority Sunni community of Adamiya, on the eastern side of the River Tigris, will be completely gated. Traffic control points manned by Iraqi soldiers will provide the only access, the military said.

In a question-and-answer period after his speech, [Karl] Rove was asked whose idea it was to start a pre-emptive war in .

"I think it was Osama bin Laden's,'' Rove replied.

Military planners have abandoned the idea that standing up Iraqi troops will enable American soldiers to start coming home soon and now believe that troops will have to defeat the insurgents and secure control of troubled provinces.

Training Iraqi troops, which had been the cornerstone of the Bush administration's policy since 2005, has dropped in priority, officials in and said.

The Imus affair does look kind of small in retrospect, doesn't it?

Gen. Petraeus and his brain trust have devised the best possible Plan F, given the resources available to the Pentagon and declining patience for the war at home. But the Achilles heel of this latest effort is the Maliki government. It is becoming increasingly clear to all in that its interests — seeking power and treasure for its Shiite backers — diverge sharply from those of the U.S.-led coalition. Even if Gen. Petraeus' plan succeeds on the streets of the city, it will fail in the gilded palaces of the Green Zone. Maliki and his supporters desire no rapprochement with the Sunnis and no meaningful power-sharing arrangement with the Sunnis and the Kurds. Indeed, Maliki can barely hold his own governing coalition together, as evidenced by the Sadr bloc's resignation from the government this week and the fighting in over oil and power.

Plan F will fail if (or when) the Maliki government fails, even if it improves security. At that point, we will have run out of options, having tried every conceivable strategy for . It will then be time for Plan G: Get out.

Even Republicans told CNN that poking holes in the Gonzales narrative was the equivalent of clubbing a baby seal.

Throughout the hearing, Gonzales displayed an odd dissociation from his job as head of the Justice Department, often behaving more as though he was a diligent inspector general called in to analyze what had happened rather than someone who had made things happen himself.

The White House was pleased with Attorney General Alberto Gonzales' testimony in front of the Senate Judiciary Committee, and it's easy to see why. Instead of making up excuses for why the attorneys were fired, Gonzales looked the committee members in the eye and straightforwardly told them he just didn't remember what had happened--64 times. His honesty and forthrightness was reminiscent of Oliver North when he turned the tables on a congressional committee that was investigating him and came out the hero. I think Gonzales' brilliant performance probably saved his job.

It's hard now to remember those shiny days before 9/11 when Congress seemed to believe that the greatest threat to the republic lay in an obscure land deal in northwestern called Whitewater. Given all that has passed under the bridge, there’s something quaint and nostalgic about so much froth and fury over something that in the end went nowhere, like a slightly gonzo Norman Rockwell cover showing democracy in action.

These days, Ken Starr seems as distant a figure as Nero, but with springtime returning to the ancient Ozarks, it’s the perfect time to visit Flippin, , to see the appealing mountain landscape where Whitewater was born. And after Flippin, right down the road there is Yellville, Dogpatch, Gassville, Eros, Stumptoe, Fifty-Six, Big Flat — it has to be fun.

Within an hour of the rescue operation, Greek authorities declared it had proceeded without "even a nosebleed". But two weeks on, the sinking of a cruise ship off the Aegean is threatening an environmental disaster, a French father and his daughter are still missing, and the government in has been left with a public relations disaster on its hands.

There's an interesting phenomenon exhibited among men, which I guess is as old as religion, but has become quite pervasive with the rise of sexually confident women such as Paris Hilton and Australia's own Candice Falzon.

To witness this phenomenon, simply administer the "Paris Test" and ask a guy if he'd shag her; the sexually confident ones tend to say "yep" but the dudes with issues go out of their way to exclaim that she's a "lowy" or "scrubber" and they "wouldn't root her with your dick."

I hear this all the time from guys, especially in regards to attractive women who exhibit a high (or masculine) degree of sexual aggression; some men label them "sluts" and, because they perceive Paris (or whomever), to be less than discriminating in their choice of sexual partners, they disqualify the woman as a hypothetical lover.

I guess it's all about power, about men trying to wrest back control where they feel they've lost it, but what those guys are really saying in this situation, is that they're intimidated by a woman as sexually powerful as Paris Hilton and don't think they're good enough to be with her.

Austrian Sigmund Freud is known as the father of psychoanalysis yet people have (mental) health problems because of their disfavor, illustrating the preditory purpose of this discipline, this individual.
These people.

Of course Hitler was Austrian. Glock, maker of the semi-automatic gun favored by the most ruthless of black street gangs, the Bloods and the Crips, is Austrian.
RedBull Energy drink, Buwdeiser both Austrian.

The Holocaust was foreshadowing, yet another example of the Jews sacrificing to help the disfavored::::
1. 1492 exodus from Spain.
2. Spread throughout Europe as clue to heathen Christians worshipping a false god.
3. "Quasi-Holocaust claim" contradicting boss.
The Apocalypse (or an Apocalyptic event) will be initiated by an Austrian. When the national referendum to allow foreign-born individuals to run for president is introduced I recommend you DEFY and vote NO!! In the years prior to this vote the gods will send POWERFUL clues suggesting the IMPORTANCE OF DEFIANCE.

It will be the Koreans. There may not even be any invasion:::They gods will scapegoat them telepathically.
Black people like the ones who terrorized Korean businesses during the 1992 riots in California will be executed. I have personal reinforcing evidence.
This time the holocaust will be black.

Italy's boot is a clue showing the god's intent with the Romans.
Oshkosh. Oshkosh is a clue just as Lake Michigan and Green Bay are clues::::
Oshkosh is the ejaculate clue:::Life springs forth from this city.
Expect your traditional Second Coming of Christ to come from Oshkosh, Wisconsin. Consistant with the possibility of matrilinial lineage it may be the mother's family from the Lake Winnebago area fulfilling some "Manifest Destiny" bullshit theater.

1. Corporate sourcing violently punished::::
They suggest the whole "sourcing" era, where it is positioned that their brain-less clones obtained product from China and other Asian countries for the lowest possible price, will be punished violently if the gods elect to employ the "Chinese invasion" script.
One of the reasons it was so important to get out before 1980 or before the end of each 20-year war-revelry cycle (1960, 1980, 2000, 2020, etc).

The Simpsons offered many clues to the disfavored, not the least of which the frequent references to "pack/mob mentality".

This isn’t about reals and clones. This is about the brains and the brain-less.
This is the key which unlocks the god’s puzzle.

Kosher is a favor bestowed upon the Jews. The South eats LOTS of pork and there is a oyster bar on every corner.
It's kinda like liquor stores in the ghetto. This is the kind of irony the gods laugh about:::::

gods got rid of the retarded woman who lived across the street, prior to the fall of 2006 so your handiwork wouldn't stare you in the face while there was so much attention.
gods took similar evansive manuvers w/ bi-racial.

We will ALL be held to the responsibilities entrusted to us, no matter what temptations contradict this.


If you don't do the right thing you're going to do the wrong thing, and the right thing to do is to ACTIVELY fix your problems and pursue the favor of the gods.
If you're not working hard to fix your problems, if you don't creatively work to get the hell off Earth then you will be consumed by it, by the reverse positioning-institutions they instilled as temptations::::popular culture, democracy, materialism.

Gonzalez got up in front of the senators, said I'm going to play dumb, and you won't touch me.

I'm linked to your blog.