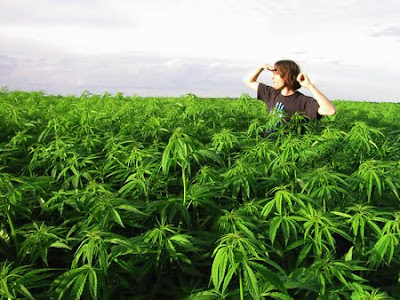 It is ironic that the slow drift toward decriminalizing marijuana use of the last several years is starting to resemble a full gallop. This is because the gallop has less to do with the reality that marijuana is not the gateway-to-addiction boogie man its opponents

have long portrayed it as being than economic and social realities. Recent developments in California and Philadelphia prove the point.

In nearly-bankrupt California, it is increasingly likely that cannabis will be legalized in the November 2 elections through a referendum question on the ballot.

Although numbers are being thrown around with abandon by the "Tax Cannabis" pro-legalization forces, it is estimated that sales of marijuana total $14 billion a year in the Golden State, which could result in a $1.4 billion windfall from a tax on sales. (If pot is taxed the same as cigarettes or liquor the state's toke . . . er, take could be up to $14 billion.)

Meanwhile, with new Philadelphia District Attorney Seth Williams taking the lead, there is a movement to all but decriminalize the possession of small amounts of marijuana for personal use. Again, not because it's the right thing to do but because Philadelphia's court dockets are crowded with people whose only crime is getting caught with a small amount of pot, even a single joint.

Under a policy to take effect later this month, prosecutors will charge such cases as summary offenses rather than as misdemeanors. People arrested with up to 30 grams of the drug -- slightly more than an ounce -- may have to pay a fine but face no risk of a criminal record.

The California initiative would seem to escalate the state's battle with the federal Drug Enforcement Agency, which has continued to harass and arrest medical marijuana 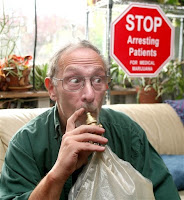 growers on the basis that some are a little too aggressive in their marketing techniques, but President Obama has said that he is sympathetic to lifting controls on pot.

It's about damned time.

As all but a hard-core minority know, marijuana is far less harmful than alcohol and other so-called legal drugs and the prohibition against it has been a big joke -- unless you are the hundreds of thousands of people clogging prisons after being busted for personal use.
* * * * *
Quantifying drug use and its economic and social fallout -- which is to say the consequences of the War on Drugs -- is a fiendishly difficult thing to do, but this hasn't prevented people from trying.

The availability of most illegal drugs -- including heroin, marijuana, methamphetamine and MDMA (Ecstasy) -- is increasing, mostly as a result of increased production in bloody Mexico. If that weren't enough, the costs resulting from lost productivity associated with drug abuse, the burden on the justice system, and the environmental impact of drug production are a estimated at $215 billion.

Our stupid war on drugs & ridiculous marijuana laws contributed to this tazer tragedy.