Are We Living In Scary Times Or What? 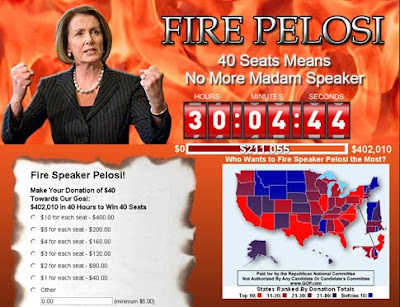 NANCY PELOSI BURNS IN HELL
Vote to extend affordable health care to 38 million Americans and what do you get? Vandalized gas lines, envelopes of mysterious white powder, bricks thrown through 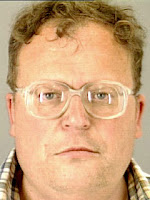 There always are a goodly number of angry people cleaning their assault rifles while they sulk in their caves, but the health-care overhaul alone has led to a nearly threefold increase in the number of serious threats against members of Congress, some 42 in the first three months of this year alone.

While some of the threats against President Obama are fueled 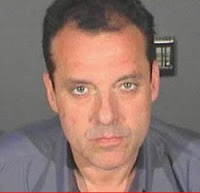 by good old racism, the perps going after congressfolk are of a kind -- middle-aged white men with extreme values like Gregory Giusti (above, left) who threatened to off House Speaker Nancy Pelosi, and Norman Leboon (right), an Obama donor who threatened Republican Congressman Eric Cantor of Virginia in a You Tube video. Then there's Larry North, below, left) who is so pissed off at anything and everything having to do 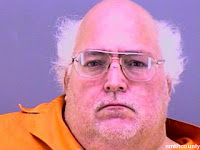 with gubberment that he left pipe bombs and other explosive devices in mailboxes.

While there are occasional nutballs on the left like Leboon, the vast majority feed off of the right-wing echo chamber so ably amplified by Fox News and titular Republican leaders like Rush Limbaugh and Sarah Palin. Which of course provokes Republicans to attack Democrats of trying to make political hay out of playing the victim.

Which in turn prompts Democrats to . . . Oh hell, you get the idea.

Shaun, I agree but how should Democrats really respond other than how they are responding? These right wing nut jobs are nothing but bullies and, unfortunately, are the ones wanting to keep their guns. They are the most violent forces out there today. The next Supreme Court nominee is going to take a lot of abuse by the far-right and Republican Senators who love the fight. We don't have a filibuster-proof Senate any longer. I am really interested in what you think Democrats should do.

Great to hear from you Charles.

To the extent that one exists anymore in politics, the Dems should stick to the moral high ground. They should work with Obama on the next big legislative initiatives -- financial institution reform and greasing the skids to create more jobs -- while campaigning hard and effectively against a party that stands for nothing except saying no.