What Is It? Holocaust Denial 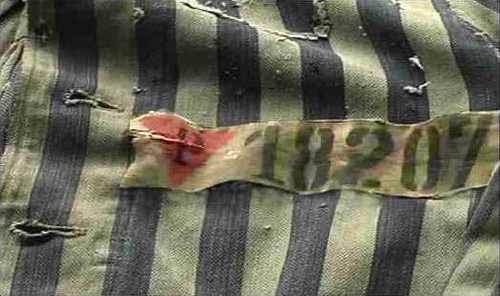 In the second of what will be a semi-regular series of posts called "What Is It?", Kiko's House explains what Holocaust Denial is all about.

Holocaust denial is the belief that the Holocaust did not occur.

* The Nazi government deliberately target Jews and certain other peoples for extermination. (Deniers typically believe that while crimes were committed, they were not centrally orchestrated and the “Final Solution” actually was a British-U.S. conspiracy to further the estalishment of a Jewish homeland in Palestine.)

* About six million Jews and millions of other peoples, including Gypsies, homosexuals and Jehovah’s Witnesses, were systematically killed by the Nazis and their surrogates. (Deniers typically believe that the number is a wild exaggeration and that most of the victims actually emigrated to other countries.)

* Jews were killed in gas chambers at extermination camps. (Deniers typically believe that the chambers were used for delousing and that film footage purportedly showing death camps was propoganda manufactured by the Allies.)

Hand in hand with these beliefs is that the Holocaust was a Jewish conspiracy.

No reputable historian questions that the Holocaust occurred, and most Holocaust deniers (who typically call themselves “Holocaust revisionists”) are anti-Semites, neo-Nazis, or both.

Ironically, the roots of the denial movement can be found in the bureaucratic language of Nazi policy itself, which sought to camouflage the genocidal intent of the “Final Solution.”

The most prominent Holocaust deniers such as British historian David Irving and Canadian publisher Ernst Zundel typically falsify or misuse historical records. The denial movement is especially active in the U.S., Canada and Western Europe. The Internet and college newspaper advertisements are favorite mediums.

Public denial of the Holocaust is a criminal offence punishable by fines and jail sentences in Israel and a number of Euroopean countries.

There are a number of other genocide denials, including:

* The 1937 Rape of Nanjing by the Japanese Army, which many Japanese politicians deny.

* The 1915-16 Armenian genocide by Turkey, which is denied by the Turkish government.

* The Cambodian genocide by the Khmer Rouge in the 1970s, which is denied by some Cambodians and Western leftists who supported the Communist regime.

Sources: Jewish Virtual Library, Wikipedia.
Posted by Shaun Mullen at 6:11 AM
Email ThisBlogThis!Share to TwitterShare to FacebookShare to Pinterest

The Jews who were placed in labor camps by the German government were there because they committed crimes against the German people. Two-thirds of those "liberated" from such camps were re-incarcerated within three years of the end of the War.

Thank you, Bill, for helping me make my point.